Game Director Robin Henkys gives a first look at some of the big changes coming with the next major content update.

In our most recent Dev Talk, Robin Henkys, Game Director of Albion Online, offers a first look at some of the huge changes coming to the Outlands with the next major content update, Queen. Much of the Outlands rework is still in the early stages of development, but we want to introduce various parts of it now to give a "big-picture" view of this long-anticipated change. While the next update will have numerous additional features, the Outlands rework is central to our vision of bringing a true hardcore sandbox experience to our players.

No time to watch the video, or prefer a written summary? Read on for all the details of his talk.

Filling in the Roadmap

In our last Dev Talk, we set out how we're still proceeding with the roadmap we laid out earlier this year. This is still true, and in addition we have more exciting new content planned which we’ll talk about in the future.

Today, though, we want to get more specifically into our plans for the Outlands and what we’re working on for the next content update, code-named Queen. The Outlands rework is a major milestone of the Roadmap, and it consists of five major improvements we’re planning to introduce in the next update:

All these changes listed together makes for some big changes coming to Albion Online, so let's take a closer look at each of them and explain what they are, what function they serve in the game, why we’re excited about them.

When we first designed our current Outlands map, our main concern was adding as much distance between the low and high Outlands as possible. This created a "stretched" map, with the highest-value areas at one end and the weakest areas at the other.

In reality, though, we saw guilds settling wherever there was available space. The overarching problem was that guilds had no reasonable means of progression to the top area, Mercia.

Here's how the new Outlands map will be different:

Also, with the launch of this new world, the Caerleon portal will collapse and the Outlands will no longer be accessible from Caerleon. As with the last portal change, players will be given another opportunity to move their islands should they want to. We plan on revisiting the role of Caerleon in a future update.

You may have heard us talking about Hideouts before. We’re very excited about them, and today we'll give you an introductory overview to this major new feature.

What are Hideouts, and how are they placed?

Once a Hideout is established, how does it work?

Basically the Hideouts allow any guild to have a fully functional base anywhere in the Outlands. You could even grant visiting rights to all players and build your own Outlands city with public crafting stations, Marketplaces, and so on. We're very excited about the tremendous sandbox potential of this system, and we look forward to seeing what players do with it.

The next change is likely the most controversial, but it is one that we have been thinking about for a very long time. Along with the introduction of Hideouts, we are removing the 5v5 GvG battle system from territory control, and replacing it with a battle system that allows all members of a guild to contribute to help claim territories.

This change finally enables all players of a guild to support their guild’s bid for territory control. It also removes territory control from those players simply seeking the thrill of 5v5 battles, who may not actually care about territories and simply want thrill of the battle itself.

For these players, and everyone who loves high-risk 5v5 action in Albion, we have a special treat: an expanded Crystal Realm Battle system with many opportunities for high-end PvP action.

Under the new, expanded Crystal Realm Battle system, players can participate in high-stakes 5v5 fights, regardless of whether their guild holds a territory.

Instead, players earn their participation by acquiring a Crystal Realm Token. These tokens exist in multiple levels, and at different times during the day, the week, and the month, battles of different levels matching these tokens will take place. Players who wish to participate in these battles will need to collect a group of five players, each of whom has a token of the same level.

If they win, they earn a significant reward and the token they were using is upgraded to the next level. If they lose, their token is destroyed.

The exciting thing about this system is that it allows players without strong guilds to still participate in exciting, high-risk 5v5 fights, while still ensuring guilds with strong 5v5 players will continue to reap benefits.

Players can sign up for a Crystal Realm Battle in two different ways:

Whichever way they choose, they are thrown into a Crystal Realm Battle and face off against another team. However, if they sign up via a territory tower and win, they will upgrade the power of the territory crystal, which has the following effects:

This territory upgrade effect means that you can still benefit significantly from having a strong 5v5 team in your guild.

With so many features coming that involve open-world battles, you’re probably wondering how we’re going to deal with all the players these massive battles will involve.

The Smart Cluster Queue system prevents large armies from blocking entire zones by overcrowding them. Essentially, this system analyzes how many players from one side are attempting to enter a zone, and calculates based on the players' gear and status how much they're contributing to the fight. It then checks how many players the other side has and how many want to enter the same area, and auto-balances the zone based on the number of players on each side. Excess players are moved to nearby zones, where they can continue the fight in secondary battles.

This system adds an "inefficiency" tradeoff to bringing too many people to a fight. Whenever more than 25 allied players are in the same zone, these players will suffer from an “inefficiency” debuff that decreases their combat effectiveness slightly. The more players in your army, the more this debuff increases. This means you will have to choose an optimal army size based on your guilds’ size and abilities, and should not simply collect the largest army in one place.

We’ll continue providing more details on each of these features as development continues, hopefully with a dedicated video for each feature. With this talk, you should at least have a good overview of what changes are coming with the Queen update, and how they will work together to completely redefine the experience of living in the Outlands and fighting for territories.

For now, we hope you're excited for these new opportunities for epic large-scale and 5v5 fights, and the ability for guilds of all sizes to live in the Outlands. That's all for today - thanks for watching, and stay tuned for more Dev Talks over the coming weeks! 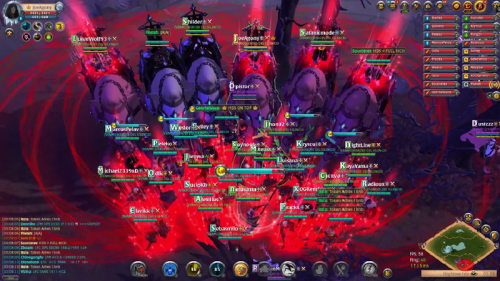 Heroes Del Silencio is a high-level PvP guild with a long history in Albion's Outlands. 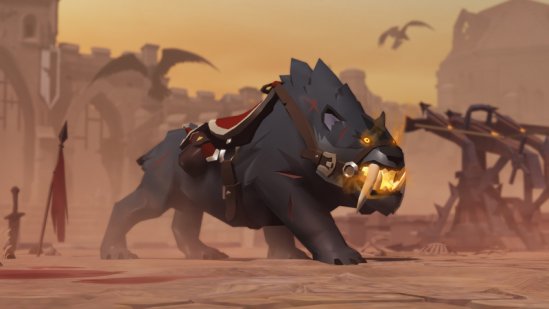 Check out the newest addition to Albion's growing collection of Swiftclaw skins.