Posted by Retroman 6 months ago (Source)

I would like to introduce you to all the upcoming changes for Season 16. We are completely overhauling castles, with new layouts and treasure chests spawning through the entire week. And we are also adding an additional 5v5 non-lethal Crystal League, which in conjunction with the new Crystal Arena should lower the entry barrier for Crystal League and bring in more players.

Castle / Castle Outpost Overhaul
For Season 16 we overhauled Castles completely, and vastly improved the Castle visuals in two entirely new layouts. And Castles now spawn high value chests throughout the entire week. Every 3 hours, every Castle and Castle Outpost has a chance to spawn a chest. This chest has a random value, which is broadcast globally one hour before it can be opened. Since all these spawns still stay synchronized, the largest power blocks can’t contest all chests without splitting up, which also allows mid-sized guilds to contest these objectives. Additionally, we also modernized Castle fight mechanics. For example, the demolition hammer can now be used without pre-equipping it, like a gathering tool. 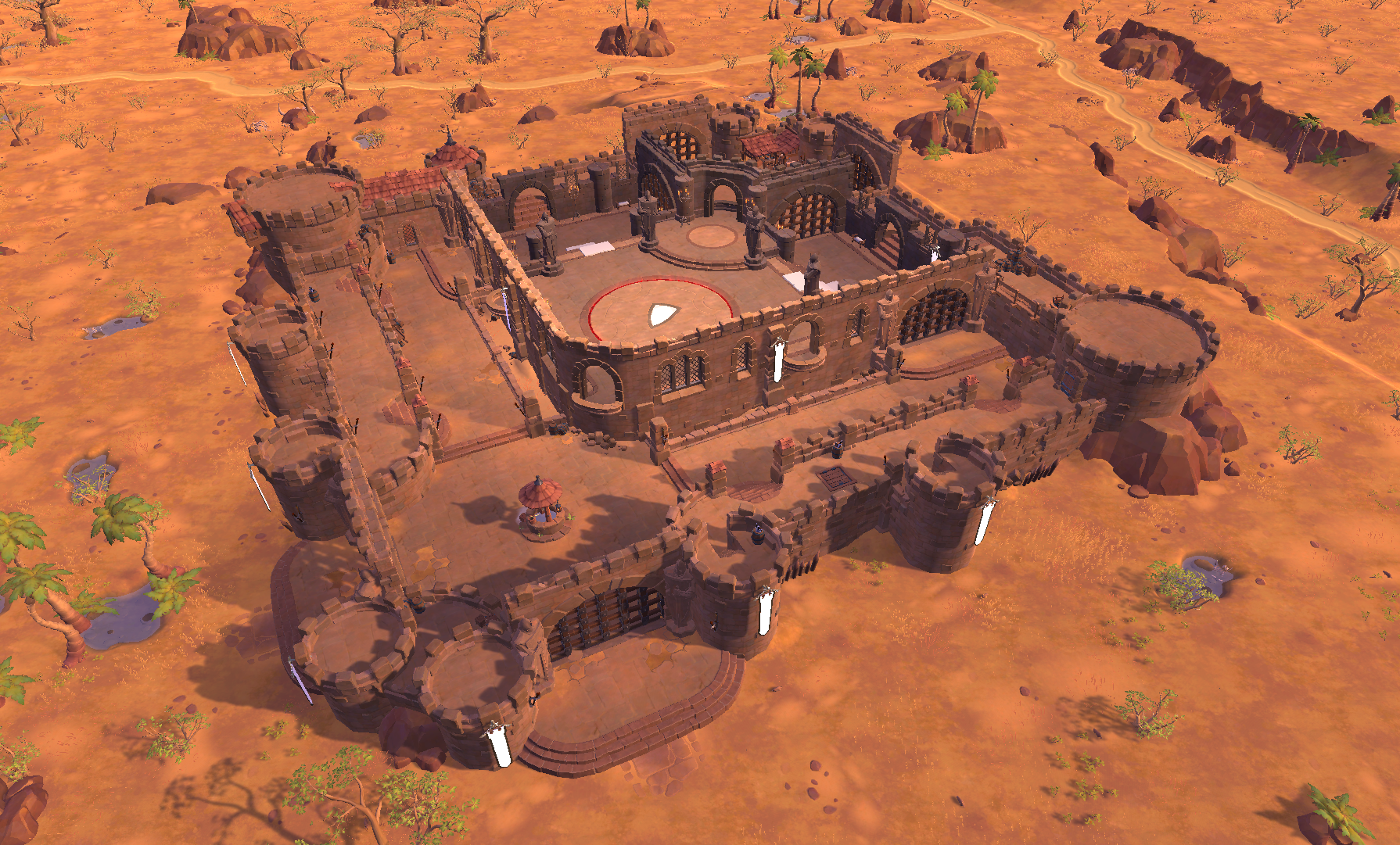 Crystal League Changes / Crystal Arena
Competitive 5v5 battles have always been an important endgame feature in Albion Online, and the 5v5 Crystal League is intended to offer this playstyle. However, in its current form it has been too difficult to get new players into this content. To introduce more players to this exciting game mode we are adding the new Crystal Arena with our Into The Fray Update. And once new Crystal teams form in the Crystal Arena, they can now start playing in the new 5v5 non-lethal Crystal League. This is an entire Crystal League added which only has non-lethal matches, but also the full 9 level experience. This should make the process of getting new teams into the Crystal League much smoother and increase overall participation. 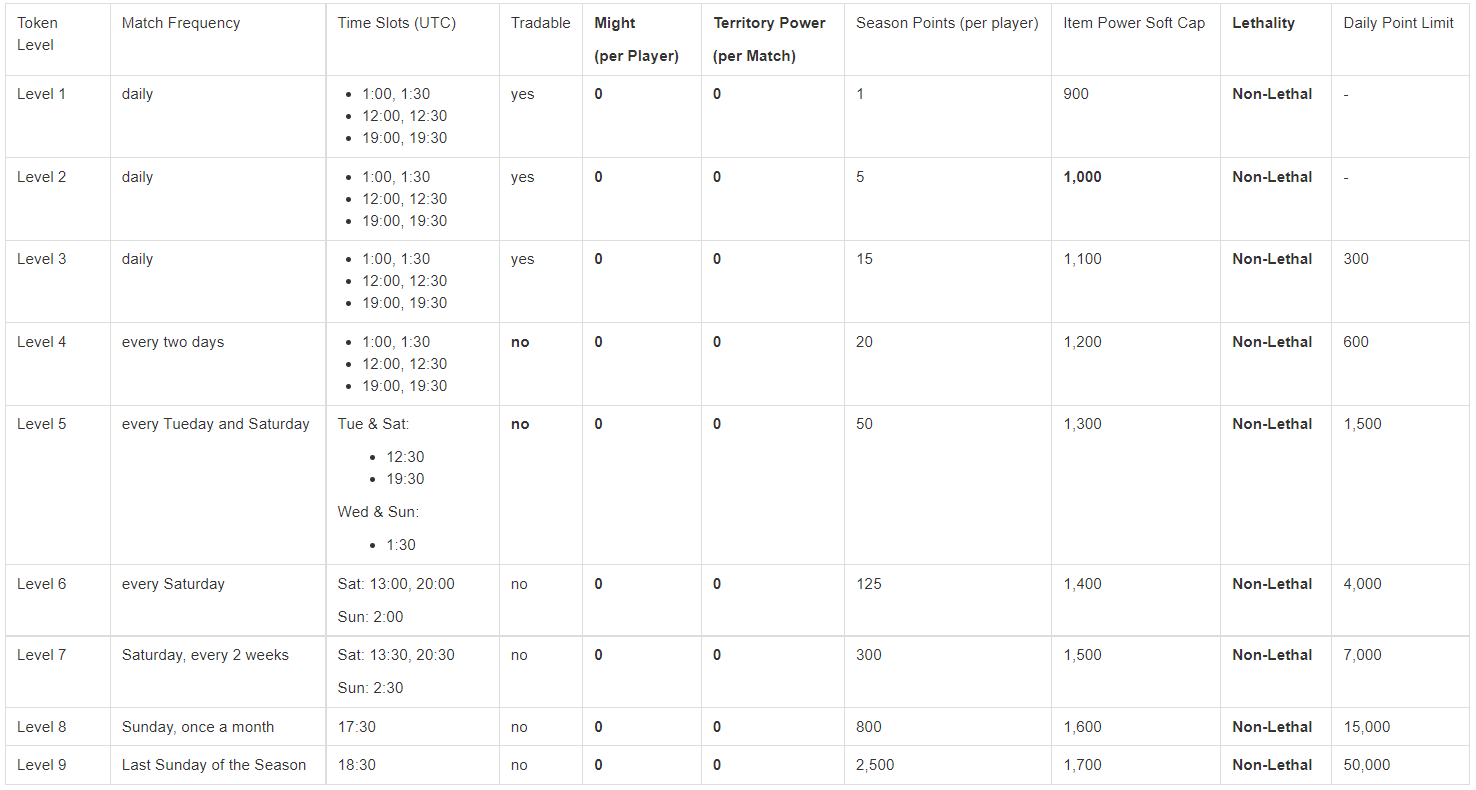 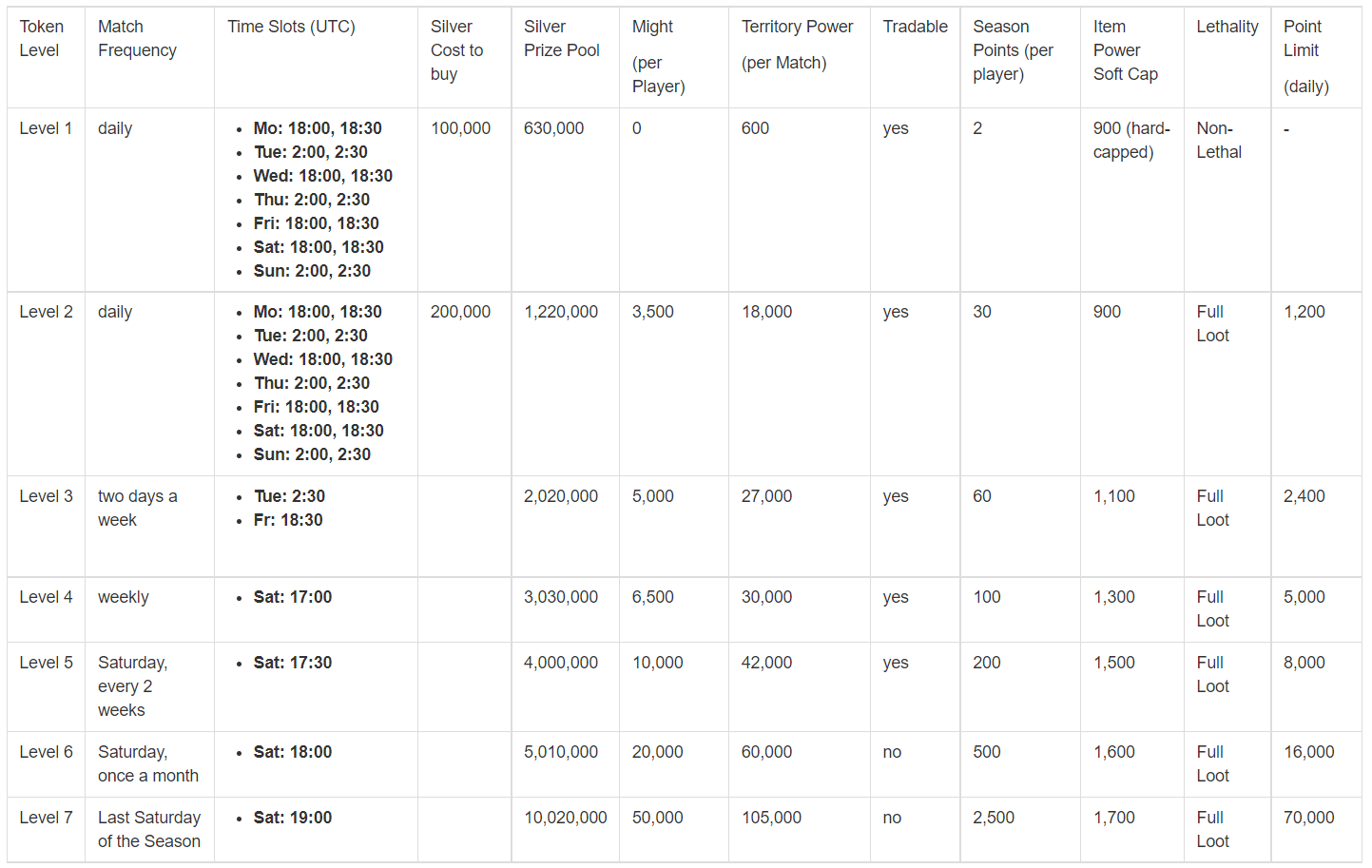 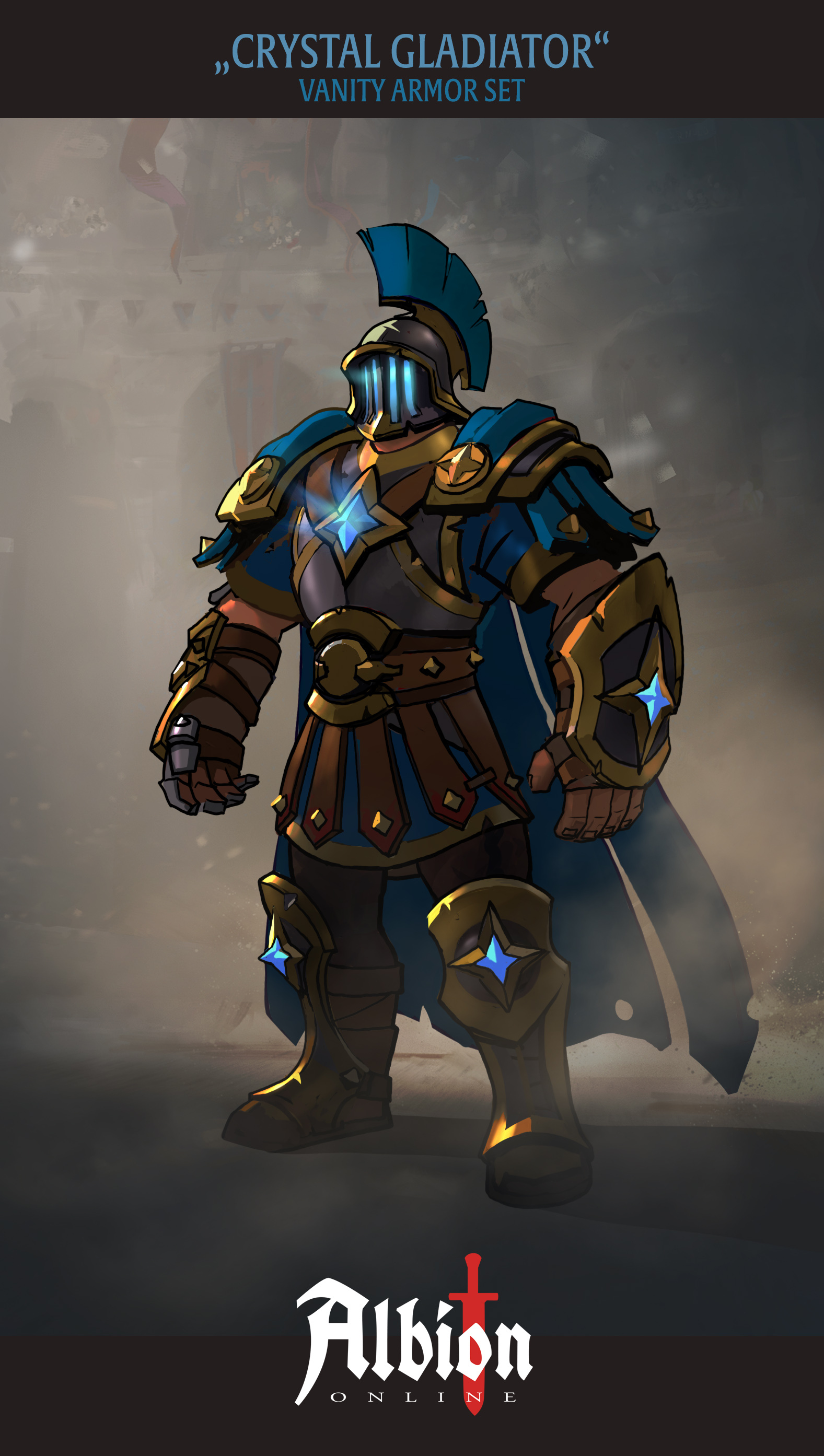 Might Level Adjustments
We additionally made it easier to progress in certain Might Levels, where guilds hadn't progressed as much as we would have liked.
I hope you are looking forward to these changes will have a lot of fun in the next season.

Posted by Retroman 5 months ago (Source)

we recieved a lot of feedback from the players and we will make some adjustments to the Crystal League Tokens and Time Slots. The main goal is to split the experienced from the inexperienced players more in the 5v5 League by synchronizing the lethal and non-lethal timers and allowing to directly buy level 2 and level 3 tokens again. Additionally we change 20v20 timers to not overlap with ZvZ timers and make low level matches abit more fequent, so it is less confusing when matches are available.


Time Slots
We will also change the following time slots:

These changes are intended to go live with Into the Frey Patch 2.

We hope you get more fights against teams on a similar skill level and the new time slots allow for more players to participate.