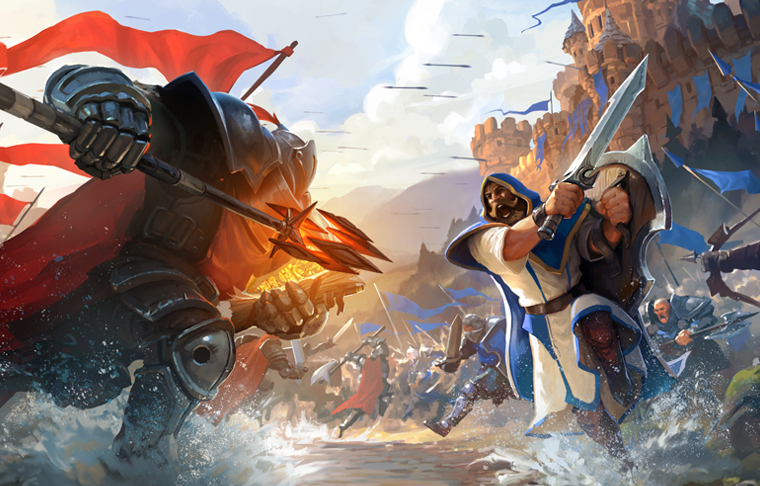 You can read about the major changes coming this season at the end of this post, or in more detail here: forum.albiononline.com/index.php/Thread/139364

With Guild Season 11, 20v20 Crystal Realm battles will be available with their own seasonal league. Details:
City Fights will no longer happen, and guilds will no longer be able to control cities. Guilds with Town Hall storage chests when the patch is deployed can retrieve their items from the City Bank "Recovery" tab in the same city.

Siege Camps will be removed from the game. Items in their chests will move as follows:
Crystal League Season Points / Daily Point Limits

When a cluster is overcrowded and the Smart Cluster Queue activates, players can now either join the queue or skip the overcrowded cluster entirely. Additionally, the distance players can move from the entrance before being kicked from the queue has been greatly increased, allowing queued armies to spread out further and avoid being ambushed by players leaving the main battle.

Minimum travel distances between Castles in the Outlands have been increased by removing or changing various zone connections and passageways. Castles are now at least 4 zones apart, making it harder for one guild to defend numerous castles simultaneously.

-----
For full details of these changes and the intentions behind them, please see this forum post: forum.albiononline.com/index.php/Thread/139364

Posted by Thorn-Delwyn 2 years ago (Source)

Hello, can someone explain me why the world bosses T8 give 90 guild points instead of 15 ?

Black zones have a level (from 1 to 6) which usually increases the closer a zone is to the center of the Outlands.
Zones with a higher level have a higher enchantment rate for resources (of Tier 6+) and their level is multiplied to any season points.