Posted by Ysura 3 years ago

I've been encountering a lot of empty chests after defeating bosses in dungeons, is this a known bug ? I didin't find any posts on it.

A message displays very fast the fact the loot will be possible to loot in some time (like if you didn't kill a monster and you want to loot) and disappear.

NB: Even if I wait for quite some time the message stops but there is still no loot. 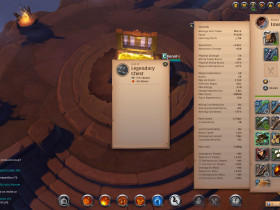 thank you very much for reporting those issues.

This one turned out to be a pretty evasive bug.
Since we have trouble reproducing this bug in a controlled environment it would really help if you could send me, @Amoebius76 or @Dagother the following when it occurs:
#where shows you the seed that has been used to create the dungeon and we can use that to re-create it and figure out what went wrong.