Posted by moneymike2g 3 years ago

It all started one day at school, my friend told me about Albion Online in May of 2017. I bought the $30 founder pack and tried the game out, did some gathering and faming and then quit the game until it released; I maybe had a day or two of time played. The game released and my boys were all playing it, sadly I did not have the $100 founder pack so I had to wait 3 days to play. I joined Rest In Pieces and started as an ore gatherer in Fort Sterling and slowly made my way towards Caerleon since gear and items were hard to get. Anyone who plays Albion knows how much of a pain it is to get a healer, so I was that guy who said "sure I'll be the healer". I did Yellow Zone Hellgates back when you only got downed and didn't lose gear, boy that was hell when the game first came out because you had 5 teams fighting over one Hellgate; keep in mind I only had flash heal and played with Cleric Cowl and Assassin Shoes cause I was bad when I started. After I got some Fame to my name my group started to do Red Hellgates and those were fun back then cause you got a different team every HG just about. Here is a short clip of one my first Red Hellgates(My Mic was muted in OBS): youtube.com/watch?v=QtURy7Moano&. If you couldn't tell I was really bad at using my abilities and over time I eventually got better at using them once I read about what they actually did. My first time on Albion Online TV I was really bad at GvGs: youtube.com/watch?v=87s9kGSfRHQ. I continued to do Royal GvGs to get better and make a name for myself: youtube.com/watch?v=_FnR8cVjk5M&t=. Back then these towers did not give energy, they were simply for resources/safe zone, guild pride, and the long term goal of what Albion had back then which was to beat your enemies for a tower that benefits everyone in your guild and alliance. Town Plots and Territories offer the greatest door to money which is resources: youtube.com/watch?v=kTVykVRg-gk. Without that Town Plot there I probably wouldn't have gathered there or as long as I could have. After a month or so my friends quit because it was time to go back to school or focus on work more, and the launch hype died down as the gold sellers DDOSed the server till people quit, I continued to play in my free time and eventually joined Exertion after I told Gluttony to disband ARCH(Image Below).

Exertion offered me more territories, black zone content, a better player pool, better fame, better resource enchantments; the list could go on. I was a nobody when I joined Exertion and in a game like Albion having a reputation makes it that much more fun to play. I grinded to fame up the Holy Staff only to realize that in high tier GvGs players used the Nature Staff(I was still a little shitter). We didn't have fame credits back then, but boy I am glad those are in the game now. I eventually started to fame both Holy and Nature, but then Holy became the meta and I had the fame, but I just lacked the experience to do GvGs. I watched probably hundreds of GvGs by this time, because back then it was the best content and the end game. Back then GvGs were not IP capped ANYWHERE, there wasn't overcharging, scrims were not a thing in the game, and you fought for the territory to make a name for your guild. To most players back then and maybe still now; doing 5v5 GvGs are not fun and its a chore to them, but there was always someone willing to step up to the plate for a larger guild. I did more Red Hellgates, famed, gathered, and did some ZvZ. I think I started doing GvGs in Mercia 2-3 months after the game launched, most of them a loss or barely a win, but I kept on going. I knew if I put in enough time I could be on par with these other players to beat them in GvGs and I was never the first pick to be on a team. Jump forward a month and I'm doing a GvG at least every other night win or loss because it was fun and I had a whole guild supporting me to win so that they can all benefit. I would say the most fun I had was before Seasons were added in the game and Season 1 because if you wanted to own a territory you had to have a competitive drive otherwise someone else is taking those lands over. That briefly summarizes my Albion story on how I got to where I am today. Not to sound cocky, but every now and again someone says "Hey its Moneymike he was an Exertion OG GvGer back in the day" or "Wow you got a lot of fame". I know other people who have that reputation as well, sometimes its good and sometimes its bad, but it makes the game like no other. That's why Classic WoW is coming out soon because the current game doesn't offer what the players want. Well I am going to jump right into why GvGs need a buff after they have been nerfed over and over again.

In Albion Online you need to have a strategy or set a goal otherwise the game will get stale; the game is after all supposed to be a sandbox. It is only smart to get a group of good players together to do a 5v5 GvG; that sounds like a pretty good strategy to me. With a 5v5 team you have to practice together and build synergy which takes time. You then need to get gear and then do the GvG. I think most people could consider it a part time job, which makes it not for everybody. Currently GvGs have been IP capped depending on the continent(This change renders overcharge useless), overcharge has been added in the game(still a stupid and useless mechanic), high end resources are no longer always in the territory, mages can be raided till you get nothing. So I ask myself why is it worth GvGing now? I don't think it is worth it to even own territories unless you use it for fame farms because you only give your enemies more ways to gain season points to pass you. I don't find Crystal GvGs to be that much fun because they really serve no purpose to an experienced player besides give some fame and money if you actually get a fight. Across the map doing GvGs got nerfed, between mage raiding and resources. Everyone right now has access to do a GvG, they can be diplomatic and have a larger guild get the 5 players a warcamp to launch from or join an already established guild. GvGs do not need a rework, they need to be buffed because they aren't worth the time to do for anybody in my opinion. I often wonder how the game would be without seasons, because I think players deep down wanted a scoreboard to show who is the best guild, but they didn't realize how meaningless it would become. I am posting this because 5v5 content is the core of this game and I also hope that I can inspire someone to come up with a solution to GvGs that can make everyone happy. Shoutout to Gluttony for being a pretty cool dude too.

TLDR: The current system needs a buff not a rework; everyone has access to do GvGs it is just that they are unmotivated to do them or don't care to at all, and why punish the people who continue to put time in to be at the top. 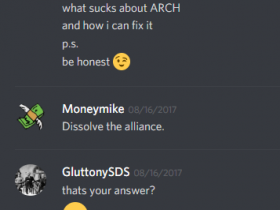 Posted by Korn 3 years ago (Source)

The complete overhaul and "we're completely removing GVG to replace it with ZVZ" just really irks me. I plan to migrate to another mmorgp, probably Classic WOW, coming out in a couple weeks.

Our goal is to actually buff GvG as an activity while at the same time dealing with the issues that the current GvG system faces.

The current GvG system has a set of issues, namely:
The actual 5v5 GvG fights are great and a lot of fun - we want to have more of them in the game than we do right now.

The information that is flowing around right now does not give a full picture of our plans. And these plans are also very much still in flow as we are actively talking to the player base and are making revisions and improvements to the concepts that we are considering.

We'll publish a detailed update for the community soon.