Posted by Retroman 4 years ago (Source)

The next GvG Season brings a bunch of exciting changes and additional content.

This post is all about these new changes. If you want to know more about the Season dates in detail, you can check out this thread: Season 7 Schedule 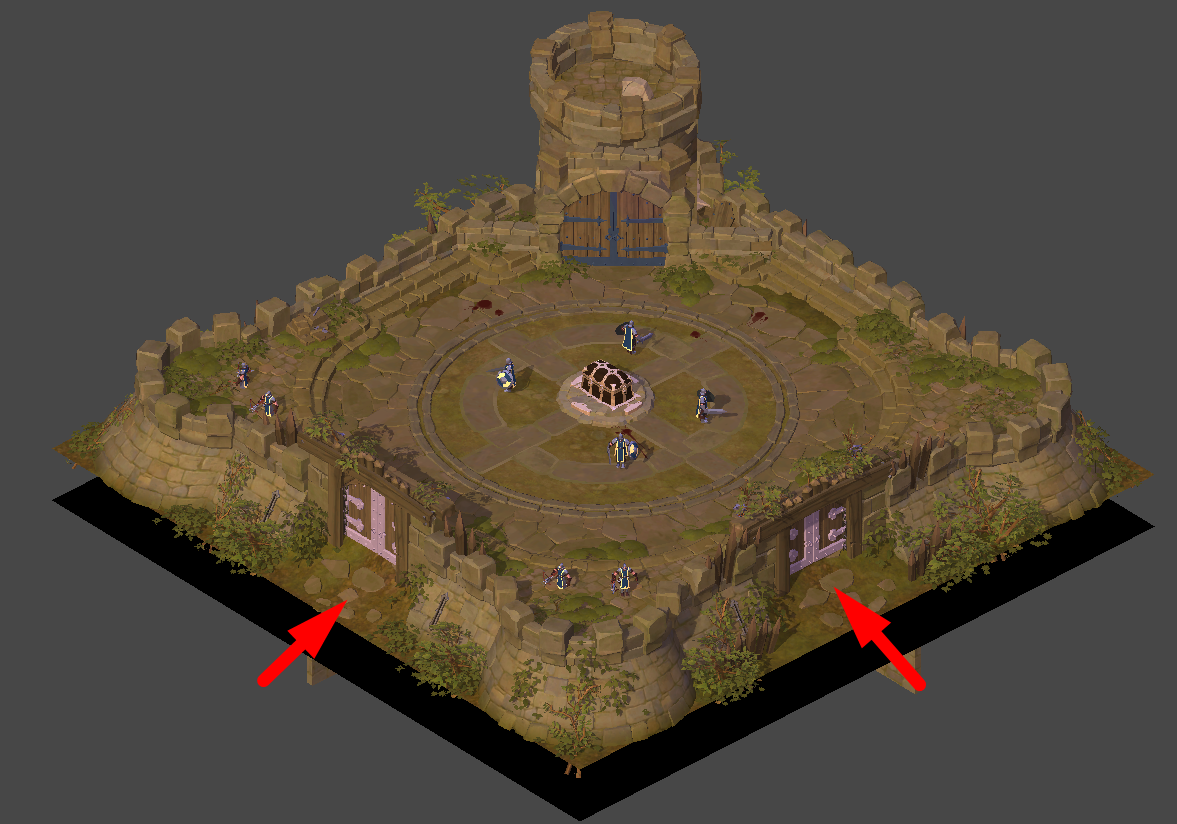 
Guild Challenge:
To further increase the number of guilds taking part in the season, and to put more emphasis on individual member contribution, we are adding a variation of the Adventurer's Challenge on a guild level. This will allow every guild to earn some Season Points with all kinds of activities.
Example:
WIP Guild Challenge UI: 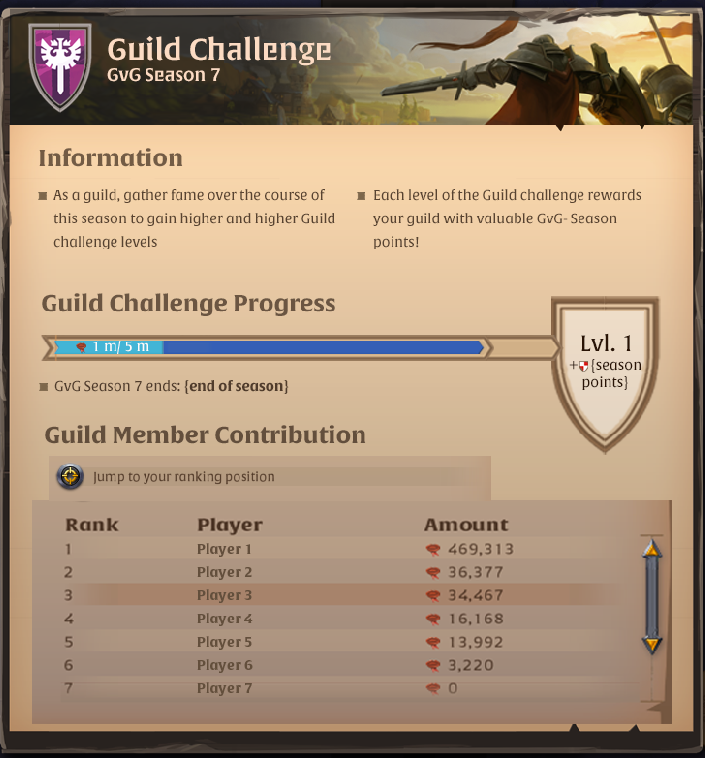 GvGs & Territory Control:
To make it more difficult for one team to fight at multiple fronts and encourage guilds to have more GvG players, we have made the following changes:


Crystal Realm:
In Crystal Realm Fights, the Season Points are always split partially between both competing teams. Depending on the scores earned, teams get more season points. With the change to 7 tower levels, we also want to put a bigger emphasis on the reward for the winning team. With this change we want to make climbing tower levels more enticing: under the new system, even close wins in higher tower levels will yield more points than stomping level 1 teams.


For comparison, here are the old season values:

Reward Brackets
With the new activities and all these changes, we have also adjusted the reward brackets for Season 7 to the following:
I look forward to your feedback and hope you are all excited for the next season.