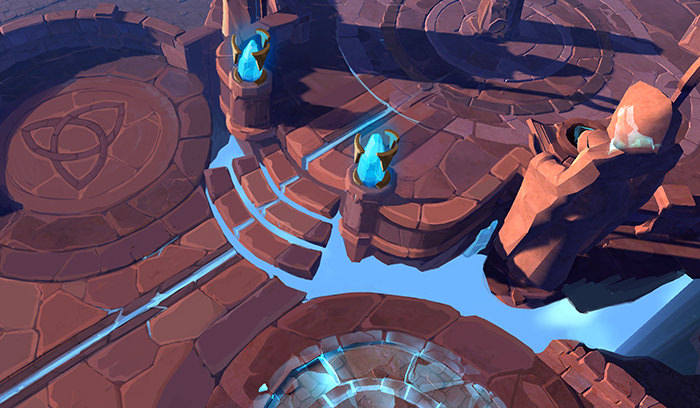 Enter the Crystal Realm and face off against other guilds in full-loot, 5v5 battles over valuable rewards and energy. With a huge number of daily battles and all participants receiving a proportional share of the loot, this system gives new GvG teams a chance at the spoils of guild warfare. It all takes place in the Crystal Realm, a new arena featuring a gorgeous art style imbued with light and color.

The Party Finder is an all-new lobby system that allows solo players, small groups, and guilds to create and join parties and participate in a broad range of open-world activities. And in addition to the ability to preview guild logos in various contexts and change them after creation, Nimue also brings numerous other quality-of-life improvements, including:

Guardian Aspects are smaller versions of the current Raid Guardians, which spawn randomly in the open world and offer an opportunity for smaller groups to earn valuable resources. And the five new Mob Faction capes (created with special crests dropped by elite mobs) complement diverse combat builds with unique passive spells such as:

Other Additions and Changes

For a detailed list of everything coming with Nimue, visit the update page.