The Legends of Albion #10

Continuing the theme from last week's Legends, we are back with another round up of deadly battles. This week includes a roaming band of bloodthirsty marauders seeking conflict wherever they travel to a perfect example of how a group should not retreat while engaged from the front.

The Legends of Albion #10

If you are struggling for ideas on how to spend your Sunday then you should probably take a leaf out of Envy's book. Nothing like an action packed slugfest filled with castle fights and massacres to replace your lazy day. The catalyst for all this is once again the weekly relic chests that spawn within the player controlled castle in the Outlands. Envy was clearly prepared for a long campaign as their Sunday adventure lasted nearly four hours! As you can expect, the video they captured is incredibly long even after it was condensed through editing. It is definitely worth checking out if you have the time. It has everything a lover of Albion Online's PvP needs.

Relationships require a great deal of commitment, something that Wild West's opponent in this video and former ally, Infamy does not have. If you watch the video you will know what I mean. A poorly coordinated retreat by Infamy leads to their untimely defeat in this battle. Their members break rank and flee without returning any attacks or using any abilities to slow that advance of Wild West. If they had stood their ground and committed to the fight, they at least had a chance to take some of their new enemies out or even win the skirmish altogether. However, all credit goes to Wild West in the end for a strong forward push and a will to attack. Take a look for yourself and let us know what you think Infamy could have done better!

The catalyst for this epic battle is once again the heavily contested castle chests. If you are looking for a good scrap go and capture one, the fight will come to you. This particular firefight is between Echo of Silence and a combination of many guilds from the KORN alliance. It appears that Echo of Silence is hold up in the castle but defending against a larger force. However, through great use of terrain and chokepoints they are able to repulse KORN's attacks while waiting for the opportune moment to strike and 'smoke' them. If you know what you are doing it is always possible to come out on top against greater numbers. Size doesn't mean everything!

Let us know what you think of this week's Legends in the comments below! 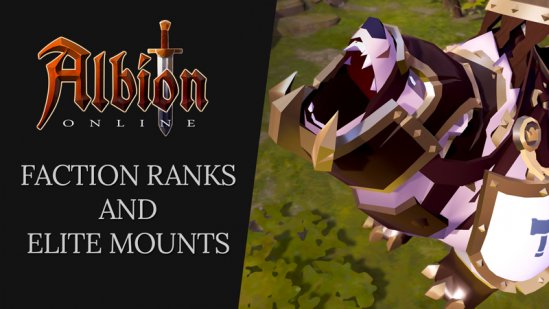