The Lancelot Midseason Patch Arrives May 2

The Lancelot Midseason Patch Arrives May 2 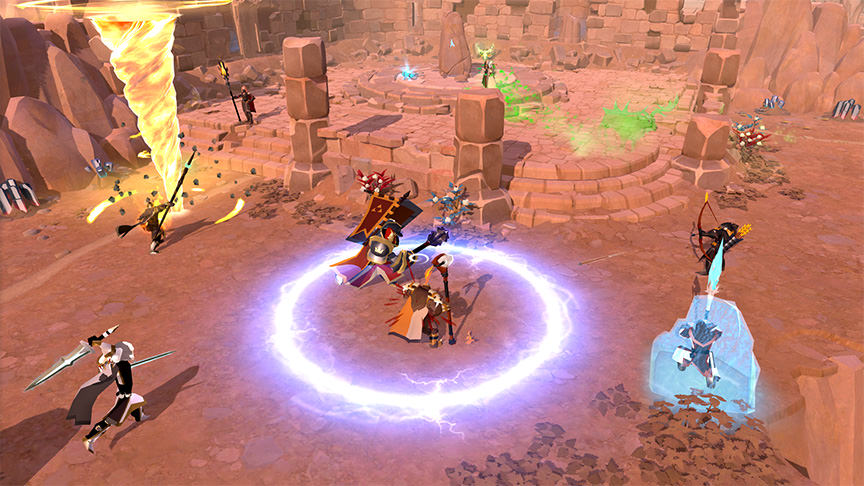 On May 2, we'll be launching a new patch that will bring several new features and updates to the world of Albion. It will bring numerous updates to the metagame and combat, including adjustments to the value of siphoned energy, the removal of GvG mage bonuses, a rework of siege camps, and a wide range of weapon and armor balancing changes. By popular demand, we're introducing a Re-Spec system that will let players move skill masteries between paths. And GvG training battles will let guilds try their hand at GvG fights free of consequences - the first implementation of a broader GvG training system.

Here are a few of the most prominent GvG changes and updates coming with this patch:

Players can now trade skill masteries between different skill paths, allowing them to adapt their specializations as needed. The system allows players to convert combat fame on a by-level basis into re-spec points, which in turn can be used to unlock other nodes on the Destiny Board.

As the first step toward a fully realized GvG training system, players can now conduct zero-cost, zero-risk GvG training battles. This will allow newer guilds to build team skills, and give more seasoned guilds the opportunity to test out new strategies and builds. In its initial phase, this system will operate via a chat prompt, and battles will take place in a choice of multiple settings. In future iterations, the system will be built up further, allowing for more sophisticated matchmaking and a choice of lethality and GvG maps.

This patch will bring numerous combat balancing changes to keep combat in Albion vital and fair. This time around, the focus is on buffing various underused base- and lower-level Artifact Weapons. This should bring some weapons that have been underrepresented lately back into the spotlight. Another change will be increasing the mobility of Battle Mounts in order to make them more attractive in bigger battles again.

These changes will be on our Staging Server soon. Please keep in mind that these changes are all still in testing and may vary significantly in the final patch.