The Dust Settles on GvG Season 4

The Dust Settles on GvG Season 4 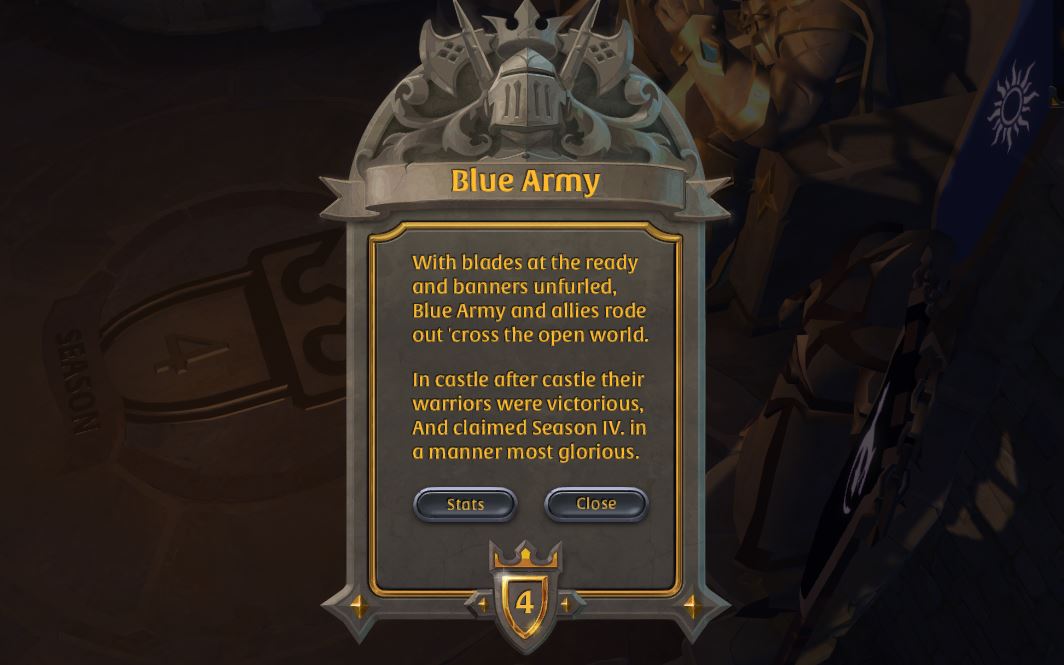 Albion's fourth GvG season has come to a close, with Blue Army as the decisive winners, having bypassed the traditional path to victory by focusing primarily on open-world content. With recent changes to energy and mage raiding, castles and raiding suddenly became a higher percentage of season points, and BA was able to use their open-world strengths to their advantage.

More broadly, BA's secret to success seemed to be prioritizing content over victory, with their main goal being to ensure a battle takes place and winning being only secondary. Particularly in ZvZs, BA was often willing to wait and fall back until the right opportunity presented itself. Ultimately, their readiness to lose an engagement in order to create enjoyable experiences for their members allowed them to sustain morale and momentum throughout the season and claim victory.

Here's Blue Army in action in some epic ZvZ combat:

And here's SQUAD versus the SAVE alliance on reset day: 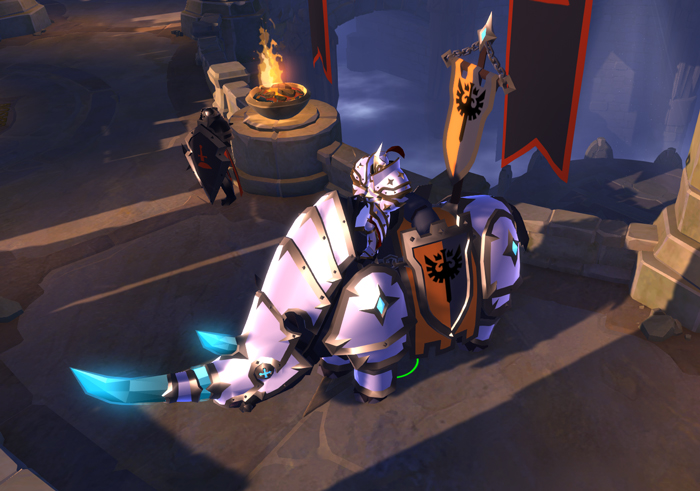 All guilds that achieved at least Iron Rank have received their season 4 rewards, with Bronze or higher-ranking guilds receiving the coveted Battle Rhino mount. These ferocious beasts increase in ferocity with each tier, culminating in the ultimate Albion fighting mount: the Crystal Battle Rhino.

Also, starting today, Conquerors' Hall is open for business! Located next to the Caerleon Realmgate, this cavernous new building pays tribute to Albion's greatest guilds with statues of all past season winners. Stop by today to see the new Blue Army statue, pay your respects to the guild warfare champions of bygone days... and maybe even see where your guild's own statue will someday stand. 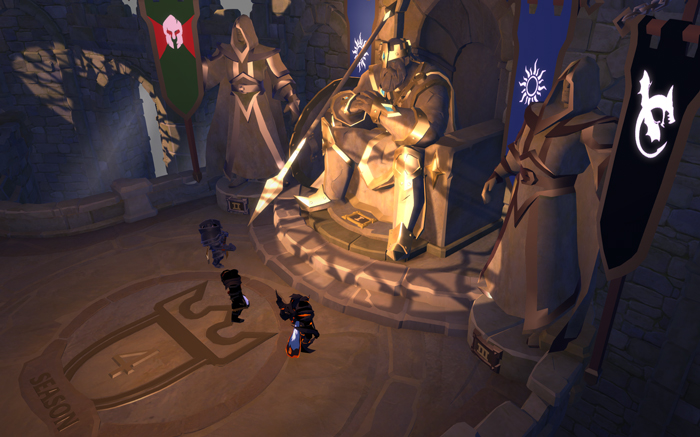