This week's spotlight focuses on Lewpac, host of AlbionTV and one of the game's best-known streamers. 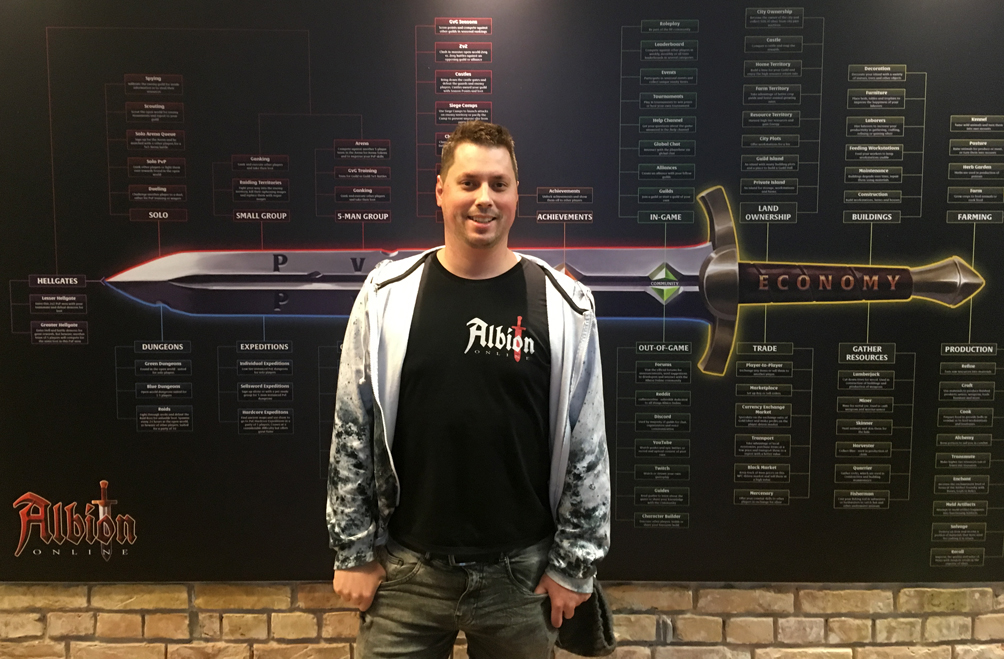 Let's address an important point right off the bat: you not only stream on your own channels, but are also a longtime host of AlbionTV. How do you balance your experiences as a streamer and competitive player with the objectivity that being an official Albion streamer requires?

People often joke that there are two different Lewpacs, the polite one on AOTV and Youtube, and the raw, uncut and unfiltered version you get on my Stream. While the viewing experience is very different I try to keep guild politics and rivalry trash talk out of my stream as much as possible, and focus on a fun, entertaining environment.

Sometimes I embrace the drama as it's good fun and great for views but I try to only deal in real solid information and evidence rather than rumors.

That said, if you come to my stream with the ‘Guild X is the best and Guild Y sucks’ attitude and contribute nothing else to chat, best case scenario you will get banned, worst case I will roast you off the face of the planet.

I never actually wanted to be a streamer specifically. I was trying to convince some mates to buy a new game I was playing, so I quickly fired up a stream to show it to them. I had no overlays or panels or anything, my friends were watching and suddenly randoms started joining and chatting, I think I hit 20 viewers in my first stream and to put it simply, I was hooked.

Just over a year later I was partnered with Twitch which opened up a ton of opportunities to me, such as sponsorships, esports hosting, and becoming the Resident DJ for Twitch London.

When it comes to Albion, I was an Albion backer since Alpha, but never played much because of the wipes. I started playing Albion properly and streaming it in the final beta. Shortly after I started GvGing, I got put in touch with SBI about AlbionTV. I submitted an audition and the rest is history. Two years down the line I’m a full-time content creator in Albion, having the time of my life and enjoying seeing the game grow and the direction SBI is taking it in.

Albion is a tough one because it's so different to many games. There is a lot of sensitive information that your guild or alliance won’t want streamed, so you have to hide so much while trying to keep your viewers engaged to they stick around. Likewise you don’t want to get sniped in PvP zones so you try to hide that information too.

On top of that it's got a lot of downtime or slower content which relies on the broadcaster to make it interesting. Streaming GvGs is great content and good for views but they last 10-20 minutes at a time which is not enough to gain good exposure or build a community.

I start each day with a rough plan of what I want to do or achieve in that day, however PvP opportunities spring up (mage raids or ZvZs) or something changes so I have to be fluid when it comes to what I am doing.

Launch day was wild, I never thought I would get 14 people watch a stream of mine let alone 14,000! I was honestly shaking with nerves the whole time.

I want to do more challenges on my free-to-play character, to show the community what can truly be achieved without spending money or getting guild help. And I hope to be GvGing a lot more regularly in Season 6!

In general I’ll just keep trying to give the most varied content experience available for my viewers, doing everything from GvGs, ganking and ZvZ, to trading, gathering, farming and anything in between.

Many of your videos take a very structured approach to the game, covering everything from new player tutorials to meta snapshots to advanced leveling guides. With so much ongoing, high-level analysis of the game taking place, do you still find time to try out new weapons, builds, and gameplay styles - i.e. to play just for fun?

I sometimes mess around, mainly in the Arena. I made a point of unlocking everything in the game at T4, then making a house on my island with a 4.3 version of every weapon and armour in the game, so I can play any build I want. I haven’t come up with any new metas yet though!

1. Be consistent. People need to know when you will be online to become regulars.

2. Try to vary your activities in-game, to both keep your stream from going stale and yourself from burning out. You have to make even the mundane activities seem exciting!

3. Stand out from the crowd. There were 2.2 million broadcasters on Twitch over the last year, so simply clicking ‘go live’ no longer cuts it. Utilise all social media and other content outlets to grow (Twitter, Instagram, Youtube).

Just a thanks to all the community and to Albion/Sandbox for putting me in a position to be a full-time content creator. I feel blessed to have such a great job!