With Crystal GvGs firmly in place as the season started it was not obvious that Blue Army would come out on top. Sure their ZvZ forces were still unmatched, but with a renewed focus on multiple GvG teams, not just castle domination, it was theoretically anyone's game. However, that premise was shattered like so many hopes and dreams as four SQUAD teams took an early lead as the first phase of Season 5 came into focus.

POE, struggling to keep pace after losing the Cargera force, was dealt yet another blow as the mighty Syndic was forced to abdicate his throne and hand the reins of Crimson Imperium Reborn (as well as lead of POE) over to Hirihito. Unwilling to bend the knee to yet another master, back-to-back winner of seasons 1 and 2 and the leader of Money Guild, Derrick of Mercia, willed yet another revival of the once-mighty OOPS. Bringing together many great and powerful guilds, including many former partners of POE, The Revival ventured to wrest control of Mercia from the clutches of SQUAD.

While unable to secure a top spot and prevent BA from gaining yet another gem in their crown, they were able to secure the highest of season rewards for Money Guild, as well as the venerable (and consistently competitive) Hammer and Sickle. A final push was required to secure the latter's rewards, but Crystal-rank victory was secured.

While much of the season's chatter focused on the drama between SQUAD and OOPS, many others made names for themselves. Lone wolves Articulo Mortis ripped a chunk out of BREAD when Lalance and the boys left Frogue One. A fresh and rising alliance at the beginning of the season, BAGUETTE found their relationship stale and sour by midseason. The results caused BREAD to crumble as the alliance fell butter-side down.

EGO proved that Everyone’s Got One as they were able to sneak PHRASING into the top 5 even though they mostly remained elusive and out of the spotlight. Agresor, once a crucial member of the SQUAD, found itself solo for a good portion of the season yet still made a good showing for themselves. This will happen when the soul of Agresor shows up in half the GvGs played. For a time it was hard to find a GvG that didn't have some form of Skuzkabel performance, be it flex, feed, throw or dance. 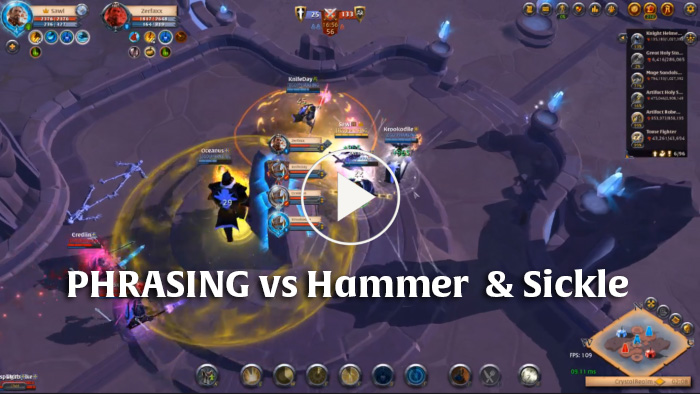 While most of the season was smooth sailing for SQUAD it wasn't so for all members. Conflict started the season in a low place, searching for their leader Cryon and doing their best impression of an RP guild roleplaying relevance. Unable to field a team or defend their homeplot, the end seemed near... but some guilds are harder to kill than others. Conflict ended the season on a high note, finding a capable leader in Starseed and extending their roleplay sessions from open-world mage defense into black-zone GvG victories. Top marks for staying in character and pulling off a reasonable facsimile of a relevant PvP guild.

Scelti had entered season five as the fist of SQUAD, taking on any GvG fights that required heavy lifting as five battle-hardened warriors with a mighty army behind them. However, Sohrab cut off a bunch of his fingers and Dip slipped them (along with some gear) into his bag before he dipped out and, with a few stitches, put the Broke Bois together. Scelti is still working, but just doesn't pack the same punch. 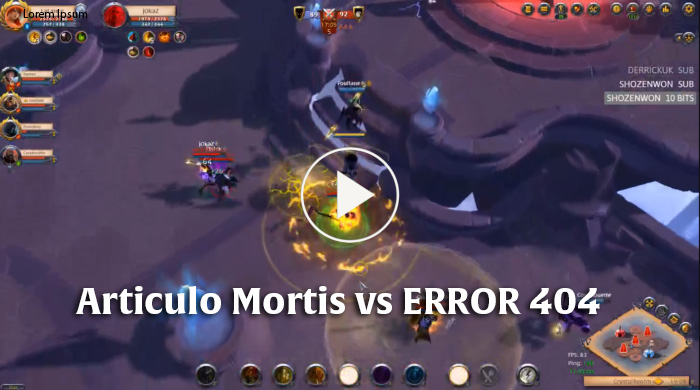 The big winners in the end, though, are the returning players who have come back in waves to find a healthy game and ass-kicking meta. Great players like FuS and Energylegs have come back and found that, while they may have left the game Headstrong and on top, they have returned to find nothing but headaches. Welcome back boys.

Overall this season has been incredibly active on all fronts except one: Error 404 has made an art of doing nothing and winning – zero kills, no problem – as they 150-0 the competition. Two too many heals. It's enough to make you sick.

Congratulations to all our combatants – your stories have been a joy to tell.