Our second spotlight on Nausk, one of Albion's best-known solo players.

In the summer of 2017, we ran our first Player Spotlight feature on Nausk, who was already making a name for himself as a fearsome solo PvPer. Since then, his ongoing Youtube series Black Zone Tales has gained a loyal following in the Albion community, presenting high-level PvP in a brisk and entertaining format. We caught up with Nausk to discuss how the game and his playstyle have changed since launch, and how the rising popularity of his channel has affected his approach to the game. 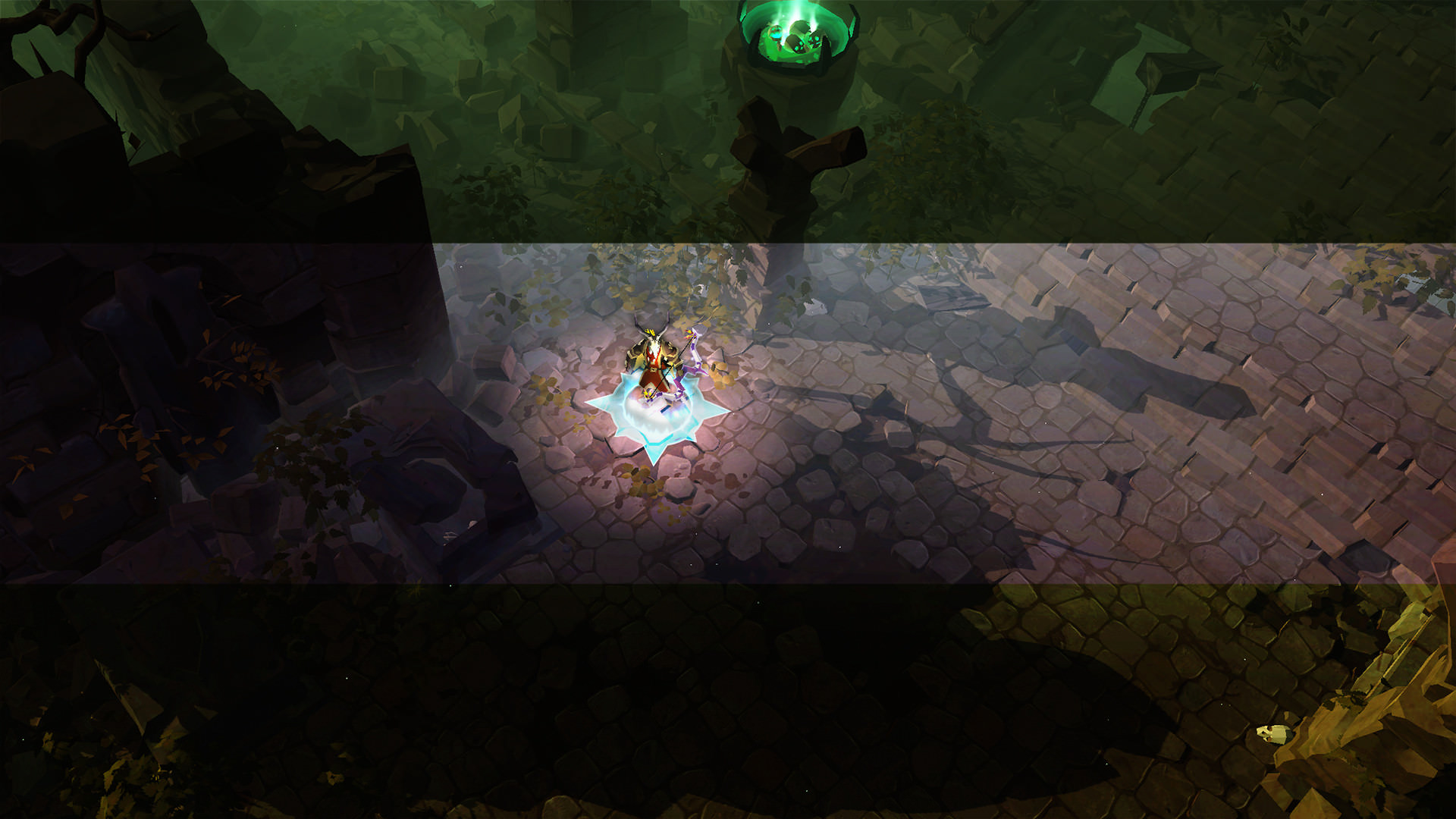 Over the past few years, Black Zone Tales has become one of the most popular Albion Online gameplay series out there. Do you have an approach to creating these videos, or do you just explore the black zones and see what happens?

Usually I dwell in the black zones and find situations that I want to share with the audience, but of course there’s a lot that the viewers don’t see, even though I would want them to. Sometimes I have ideas before I go to the black zones and intentionally seek out those specific things.

What are your thoughts about the evolution of Warbows since launch? How have you changed your playstyle to match these changes?

The evolution of the weapon itself has been a bit stale since launch in my opinion, with a few exceptions - like the change to the Ray of Light spell, which had been collecting dust ever since its introduction. Within the same time window, Speed Shot was reworked out of the open world to suit different battlefields better. This meant that there was only one option for me, as far as the “W” spell slot goes in the open world - Ray of Light. The amount of players playing with the weapon has increased over time in my opinion. I’ve been blamed for being one factor by, for example, guild leaders who then had to convert Warbow users into using a different build, but I’ve also gotten a lot of support from the community, as well as productive feedback. I want to also point out to the players that haven’t played before the launch of the game, that the identity of Warbow has been changed dramatically since before the launch and I would love to see an attempt to bring back a tidbit of the old characteristics of the weapon, while still keeping things balanced. 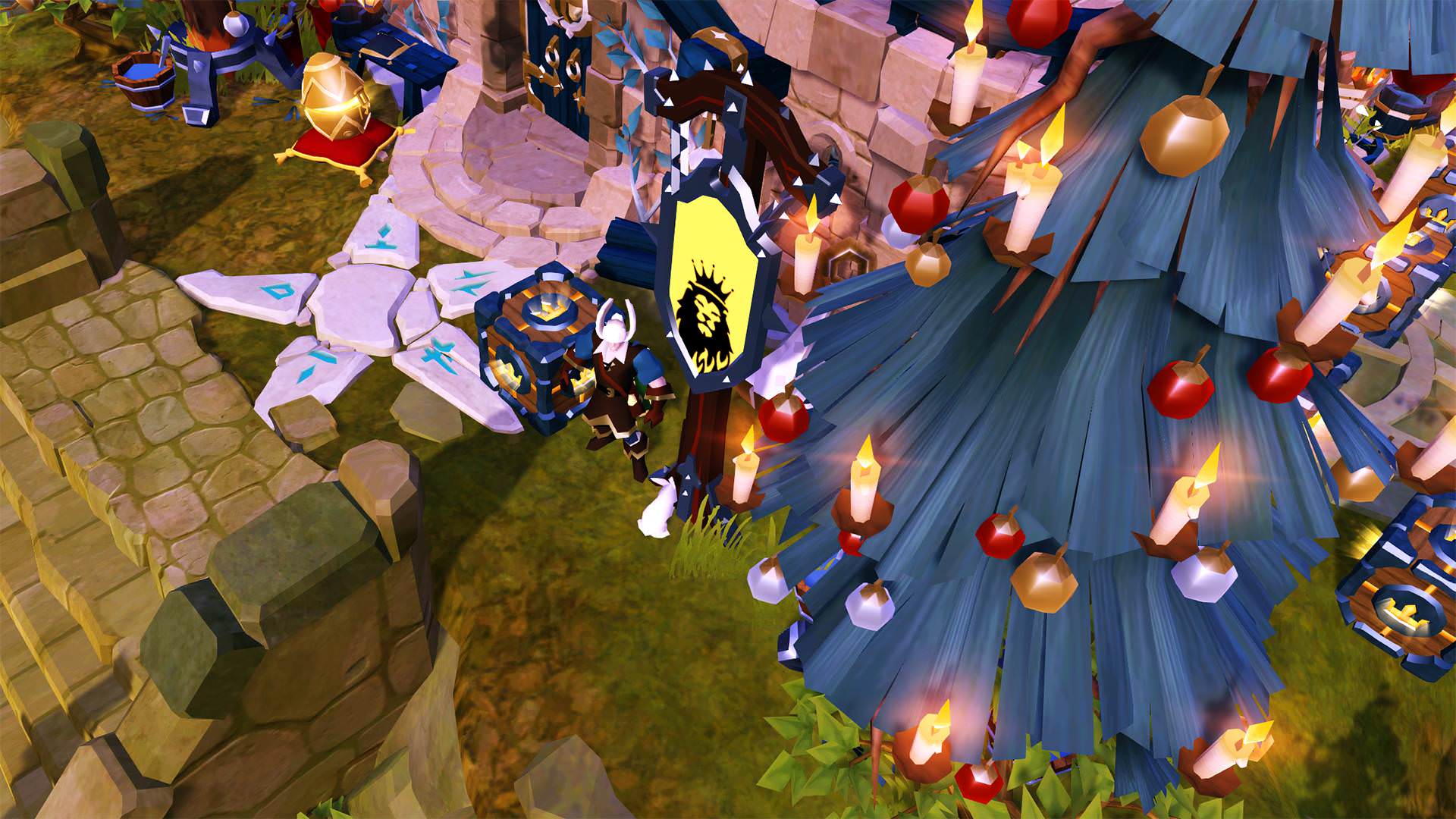 Prior to the game's launch, you listed the Halberd as your favorite weapon. How have your builds and playstyle changed since then?

As a matter of fact, I said that my favorite weapon was Halberd, just because it was the closest thing to the weapon that I started to use at the launch of the first beta stage of the game. The solo roaming Warbow build hasn’t changed much, besides the “W” spell slot and the choice of food, because of the introduction of new foods. On the other hand the builds that I used back then for group open-world content were way different, compared to the ones that I would use now. Hardcore Expeditions were like a fresh new breeze build-wise, and as far as Hellgates go, I’ve shaped the build a fair bit due to the balance changes and the introduction of the 2v2 Hellgates. Beyond the builds I've shown to my audience, I’ve also used various builds over the years and sometimes I get excited by a build, just because of a tiny balance change, as with the Claymore build that I pulled from the drawer.

You recently introduced Nauskina, a female Claymore-wielding character who likewise specializes in black-zone PvP. Has shifting from bows to swords been challenging? How are fights different?

Some might not know this, but Nauskina used to enjoy simple things, like raising animals, picking flowers and stacking learning points for a future project. Luckily Nauskina had been sitting on Premium Status ever since the launch of the game and pretty much never used them. I burned through thousands of learning points to test out the Claymore build and figure out if it was worth leveling up on my main character. The switch from Bows to Swords has been challenging timewise of course, since time is the resource that the game gathers. Fights sure are different when you change from a ranged weapon to a melee weapon, but also because Claymore offers things that Warbow doesn’t offer anymore, like a stun and proper movement speed buffs.

Does being a relatively well-known Albion Online personality make you a target in the game? If so, does this make your encounters with other players more exciting and challenging?

If we are solely talking about being a known personality within the community and the impact that the recognizability has from my perspective - it has been extremely fruitful. As some might know, live streaming certain content of the game can sometimes lure in bored and unwanted guests, but that aspect has also potential, though it’s not always easy to put in use.

Do you have a favorite video, or a favorite moment from one of your videos?

From all of the videos that I’ve uploaded to this channel, I would pick the one where I found a way to ride my donkey on the river of Curlew Creek, which was the map where I got my first-ever item drop from a mob - a Tier 5 Battleaxe. If we are narrowing it down to only videos from the Black Zone Tales series, I would say that my favorite video is the first BZT video (see below).

Your videos focus almost exclusively on solo play. Do you ever get the chance to play in "dynamic duos" or small parties behind the scenes?

Yes, I do get chances to play with others. I usually kindly decline the offers, but not always. Open-world-wise, I rarely team up with others, because I strangely enough think that I’m wasting other people's time with my weird and old habits. I do sometimes take part in group fame farming, though I enjoy doing it as much in a group as solo. The picture that the videos paint isn’t complete, I have a fair share of footage from situations where I haven’t been playing alone, that are still collecting dust, but hopefully will see the light of day before my hard drive dies. For example, outnumbered fights with guildies like Eidoss, Grimnasty and others in the early days of the launch.

Thank you for the interview and happy upcoming Christmas time to the whole Sandbox Interactive team and the Albion Online community!

Check out the most recent BZT episode below, and be sure to subscribe to Nausk on YouTube.