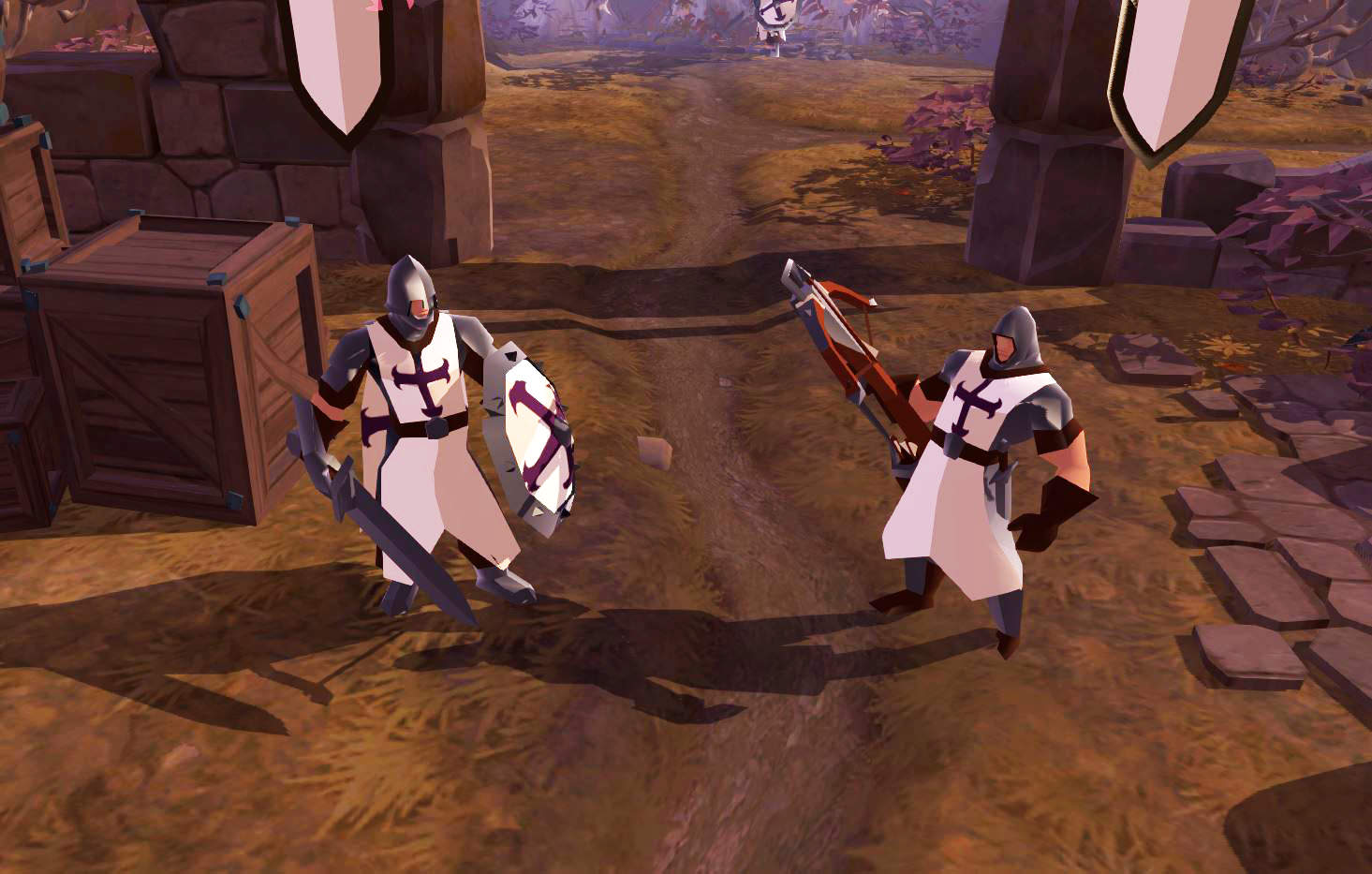 Merlyn Patch 7 is here, bringing updates to Siphoning Mages and territory guards. These mobs will now have greatly increased alertness, and will work together against players who charge directly into combat. Here's a closer look at what's changed:

Siphoning Mages can now alert nearby guards when they are being attacked, and if no guards are cleared in advance, the attacking player or team will be swarmed with territory guards. This will require raiding groups to kill at least some guards before attacking the mage, thus giving the defending guild several additional minutes' reaction time.

And to provide better protection against large groups of attackers, soldier guards will now use the Warcry spell when they are attacked by at least 6 enemies. This ability increases the attack and defense of surrounding guards an is stackable, meaning that large groups who aggro numerous guards will have a much more difficult time clearing them, requiring them to be picked off in smaller groups.

Overall, small-group mage raiding has a positive effect on the world of Albion: as a constantly available open-world activity, it offers teams a way to earn season points and energy in a semi-structured group activity. However, prior to Patch 7, the defense capabilities of attacked territories were too low. This patch makes mage raiding more challenging on the part of the raiding team, while still keeping it as a viable option for spontaneous open-world combat.

For a complete list of changes in this patch, please see the patchnotes here.