We are introducing a new, unique feature to Albion Online: The Black Market. Find out all about it here!

We have developed an exciting feature where all item drops in PvE, from mobs and chests alike, will now be player-crafted: The Black Market! This new NPC buys items from crafters and resells them to the different factions of Albion, causing the items to appear as loot drops.

Hungry for more information? Learn everything you need to know about the Black Market from Game Director Robin Henkys in our latest video!

No time to watch the video? Here is a written summary of the new feature!

What is the Black Market?

How do you have equipment drops in a game where all items are player-crafted? The answer: have the players craft the drops!

This is where the Black Market comes into play. This new NPC can be found in Caerleon, the central city of the Royal Continent and the only city linked to the Outlands. He purchases items from players and redistributes them to the various mobs, factions and chests of Albion. They, in return, drop them to players in the open world.

How Does the Black Market Buy Items?

It is very important to note that the Black Market is not your typical merchant, as he does not have a set price per item or infinite demand.

Whenever a mob is killed, there is a chance an buy order is generated for the Black Market. Once there are a certain number of active buy orders for an item, the Black Market will start increasing the price of the item. This means that everything on the Black Market is directly linked to players’ actions in the open world.

As a crafter, you have the option to sell directly to the Black Market, or alternatively set up your own sell orders. When doing this, the Black Market will automatically purchase your item once the price has been reached.

Where is the Black Market getting its funds to purchase items in the first place? We are balancing it in such a way that the orders generated always correspond a percentage of the silver dropped by the mob. This ensures that the silver in the game stays balanced/stable. For example: If a mob normally drops 100 silver, we take 20% of that dropped silver to create the buy order in the Black Market, and the mob will instead drop 80 silver.

This means that effectively, the Black Market interacts with players the same way the player-driven markets do.

How do Drops Work?

An item can only drop if the Black Market has it in stock. Once an item is dropped, the amount of its stock is reduced by one.

The Black Market as an Item Sink

In Albion Online, gear constantly gets destroyed through PvP. This is especially the case for high tier items, causing lower tier items to accumulate in the economy. In order to create a genuine lower tier sink, we have made the Black Market trader somewhat corrupt. Being a shady fellow to begin with, he tends to lose items after he has bought them from players. He is especially corrupt when it comes to lower tier items, keeping a percentage them for himself and thus removing them from the game.

This will create a constant demand for lower tier items, preventing them from becoming worthless in the long run.

Other Benefits of the Black Market

Aside from including player-crafted items in PvE drops, the Black Market has several other advantages!

First of all, we can now also increase the amount of item drops in general. Previously, item drops have been very rare to non-existent, as we did not want to interfere with the player-driven economy. With the Black Market we can have a good amount of PvE drops, while not undermining the role of crafters.

Secondly, the arrival of the Black Market means we can remove the need for Essences in refining. Essences are originally introduced to the game as way to connect PvE activities and crafting, and were a rather artificial band-aid fix. As the Black Market now links PvE and crafting, we can safely remove Essences from refining. Do note that Essences will not be removed from the game, as they can still be used to craft Runes, but we will repurpose them going forward.

Lastly, we are also removing refined resources as a drop from mobs and  chests. They will be replaced by player-crafted gear drops instead.

In general, the Black Market and these changes ensure that we can drop cool PvE rewards that do not compete with gathering, refining and crafting, but instead work in synergy with it.

We are all very excited about this new feature and the many opportunities it offers! What are your thoughts on the Black Market? Let us know in the comments below or on our forums. 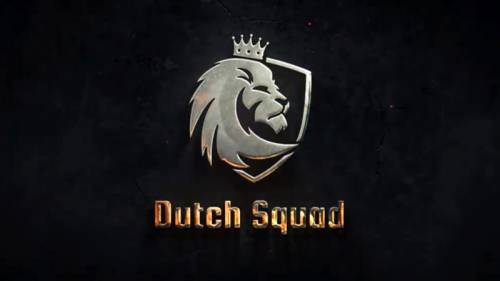