This week's Guild Spotlight focuses on Voidcore, who temper hardcore combat with an easygoing guild culture. 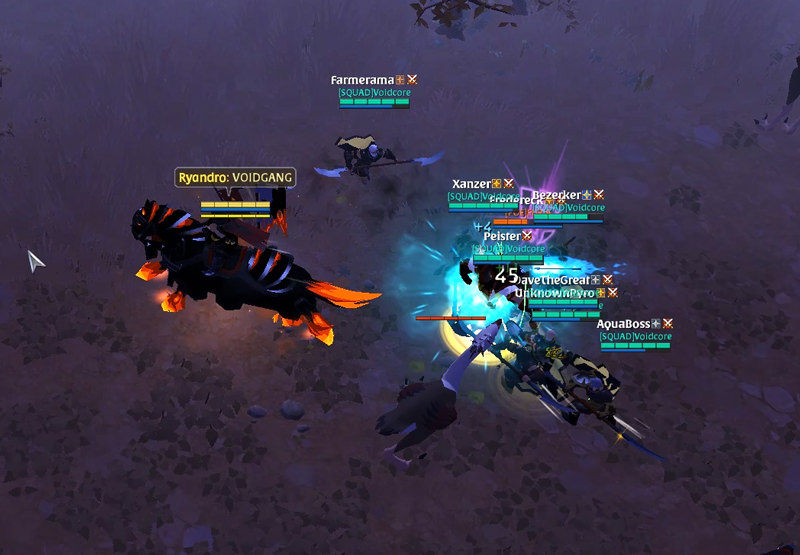 Voidcore is a relatively recent guild, but its founders have been playing together for much longer as members of other guilds that often joined up for various activities. While they're known as a competitive force in the open world (and have been part of some fairly high-profile drama within various alliances), their primary goal is to create interesting content for their members in a relaxed, expectation-free atmosphere.

We are definitely a very laid back guild with a focus on a variety of different content. We host inhouse scrims, and daily Fame farm groups where everyone and their dog is welcome to take part. We've also held tournaments, which we are hoping to run monthly – the first one was a success, and even with just our guild taking part we were able to field three separate teams. We also have a Player of the Week event, in which players try to gain the highest mob, gathering, or PvP Fame and win up to 3 million Silver per category.

We're looking for members who want to get involved in the game and the various events we host. We want to be competitive but also want all our members to have fun and not feel left out.

Not having a home plot ourselves we are primarily based in Caerleon so we have access to both Royal and Outland continents. We focus primarily on Mercia due to it having a higher resource enchantment rate and also higher-tiered zones to Fame in. But we are happy in any zone as we can always find things to do. 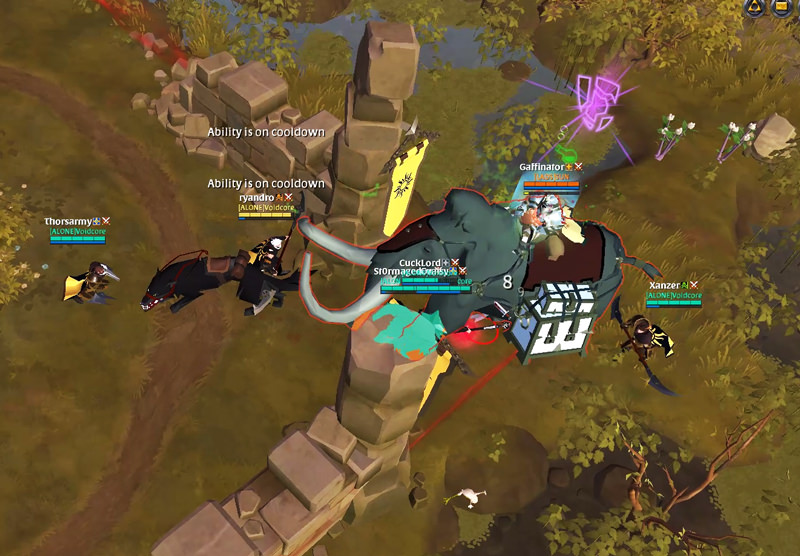 Every guild that knows Ryandro (GM) seems to have a beef with our guild, luckily it just makes us a stronger unit. But we also have a very short attention span and don't really care for the politics of other alliances and guilds who may hold a grudge, we just do our own thing regardless. Although it has gotten us into more trouble than it’s worth with our previous alliances.

We have many, but most of our memorable battles are the banter battles on Discord. We do a lot of PvP so our battles don’t stick to our memory that much.

Other than bantering in Discord, we host various events that we strongly encourage our members to take part in. We want members to feel part of the whole and not just another cog in the machine. We don't force people to do anything they don't want to do, we have found it keeps our players interested in the game and keeps them coming back to the game and the guild. The game allows you to make your own fun and we try and do things the guild members want to do.

We want content, we want fun, and we can do it ourselves. We don't have time for elitism but we do have time for new players who want to learn and experience the game outside of the Royal zones.

Ultimate goal? Having the game swallowed whole by the Void!

Future goals are to continue growing as a community whilst having constant content for our members to enjoy.