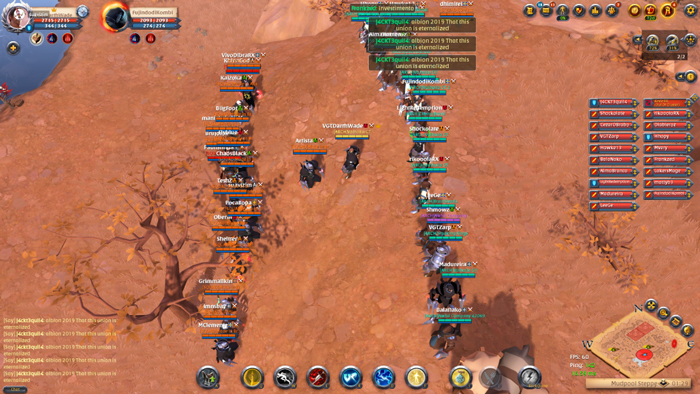 This guild was a childhood dream - we were a group of friends who wanted to create a gamer community for life. There are players in the guild who have been with us since they were 9 years old and who have played every type of game, from shooters to RPGs to MOBAs. We hope someday our own children keep playing under the same guild flag.

There are two types of players who join guilds: those looking for a guild to develop their own character, and those who ask what they can do for the guild. We are looking for this second group. We don't care about character level, or virtual money. We care about the person behind the computer.

However... hardcore players get more from the guild, and we offer a whole structure of gear support and intense training.

Our aim will always be the tactical and competitive game. As the founders of the guild have military backgrounds, we always apply the maximum tactical planning to our battles, even in the virtual realm. We strive for perfection, and every mistake is corrected in the best possible way, becoming a learning opportunity to achieve excellence. 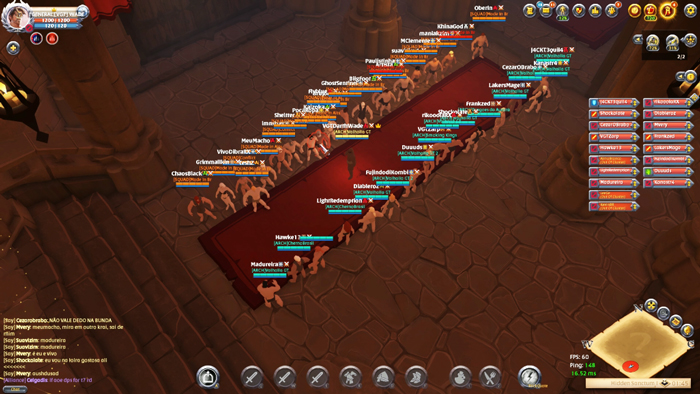 Our biggest activity is in Caerleon, taking advantage of the black zones for farming and ZvZs. We also do constant dives in red zones (for the greater number of players).

We have a policy of non-aggression against beginner players, as it damages the community a lot, removing new players from the server. We always look for the top servers, with the big alliance tags, because they donate equipment to us every day, though not on a voluntary basis (#Joke).

Not at all, quite the opposite. We have tremendous respect and friendship with all our opponents in the game. With some of them, we even participate in "friendly fights" where we mark out the map with a set amount of players and fight just for fun. We kill, we die, we laugh and we become friends.

Hugs to Mibr, Conflict, Arditi, and all comrades of Squad, OOPS, EOS and EGO. Until the next fight.

We have a very large collection of memorable fights, and we strive to record as many as possible on our Youtube channel. We try to add new content every day, and each week we have new memorable battles.

Mostly dungeon dives. Our routine is to invade a dungeon, kill any opponents, and keep it for ourselves. We also try to participate in ALL the great battles of our alliance, because it's just too much fun. 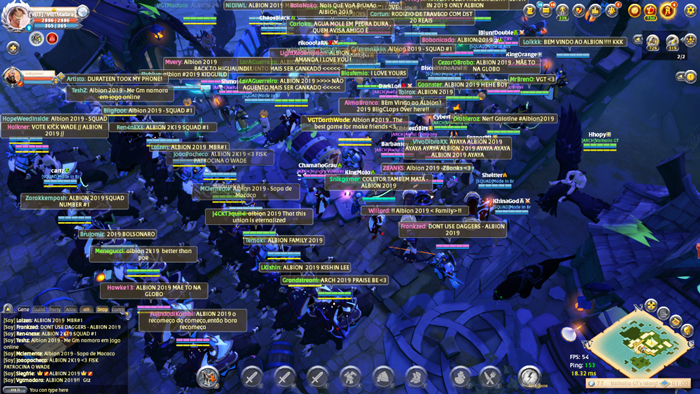 We follow the concept that it is easier to teach someone to play than to have character. We've taken beginners and turned them into pro players, specializing in PvP. All those who have respect for their brothers in arms will be welcome.

Our goal in Albion is to have strong GvG teams, which we're working towards. But what we really love is ZvZ. Our goal is to control the castles with a strong group of well-trained players. Other than that, we always try to maintain a "good neighbor" policy, and help the community grow both in and out of the game, both live and via Youtube.

Don't mistake us for your "friendly neighborhood guild" - we respect all guilds, but we will still take you down. Kills are our main source of income, so if you see Valhalla GT on your screen, we'll say hello then deliver the killing blow. Hugs to all...