This week's spotlight focuses on June, an up-and-coming GvG-centered guild. 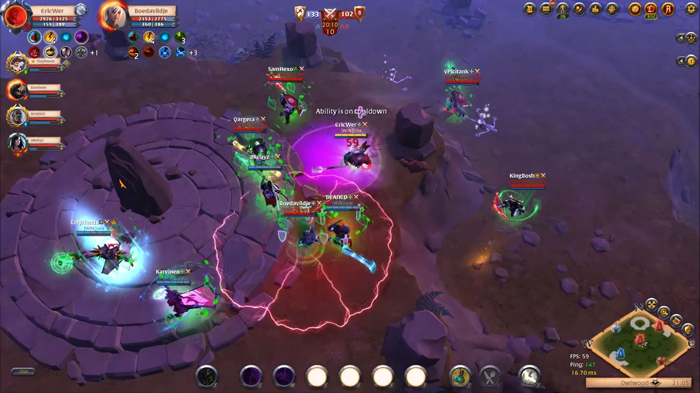 Tell us about your guild. What sort of activities do you focus on?

June is primarily a guild where you can find competitive PvP content, with a focus on GvGs and Crystal GvGs. We are aiming to be the best guild in the game on all fronts, not just GvGs. We are actively raiding mages, defending our territories and just recently have been conquering castles and attacking cities.

We are primarily based out of Lymhurst. However... our 73 territories make it so we utilize guild islands on Thetford, Lymhurst, and Fort Sterling, so we are currently focused on all these areas.

Given that we're one of the newer guilds in the game, we have made a name for ourselves with our ability to GvG and completely take over other guilds' territories. And as such, people have taken notice and attack us in search of a good fight. I'd say our biggest rival is Money Guild. They are probably the most well-rounded guild as they dominate every aspect of the game. 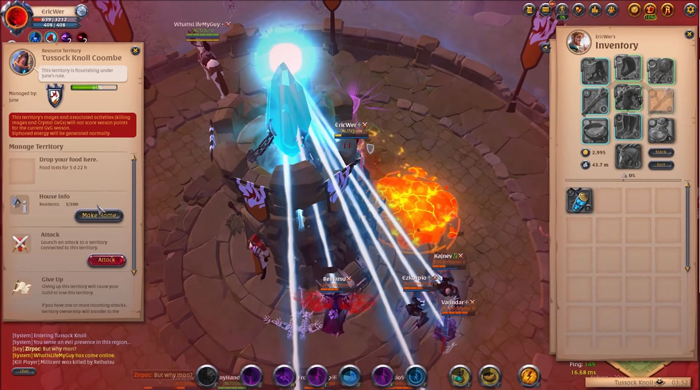 There have been many moments of valor for June, but one in particular stands out. As a new guild trying to make a name for ourselves, Money Guild saw us as easy prey. And during the off-season they decided to launch an attack to stop our world-conquering campaign. They got off a couple early wins and thought they'd got the better of us. But we didn't back down, and our core GvGers quickly adapted. They have since beaten the Money Guild A team 10 times in a row in their last 10 matches against them.

The core idea behind June is that we have no mandatory content or CTAs. We try and find the fun in whatever we decide to do. We run daily mage raids, defend our own mages, run castle outposts and castles. We have tons of opportunities for players to Crystal GvG: we run an average of 15 Crystals every day, and have a live discord community. We also run many regular GvGs every day, and have plenty of opportunities to scrim in the guild.

While June is aiming to be the best PvP guild in the game, it’s important to note that we prioritize having fun and messing around above all else. That’s why there is no mandatory CTA in our guild, the only thing we ask of our members is that they are active in-game and on our discord. 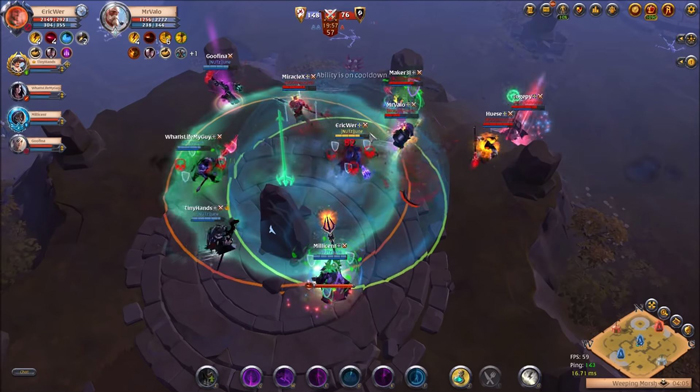 The goal is to open up PvP content to those who want to compete in GvGs and Crystals. We want to dominate in city fights, and continue to establish the meta that other players follow.

We are an English-speaking guild, primarily US-based... but we are accepting international English-speaking players as well. We are recruiting active GvG/ZvZ players, and people who are interested in assisting the guild in our quest for #1.

Check out more videos of June in action:

June vs. Ironborn in Smoothfloor Well:

June vs. Inmortal in Weeping Marsh:

Guild Spotlights are a regular series showcasing the diverse activities of Albion's numerous guilds. If your guild has content to share (including interesting, high-quality videos), please contact PrintsKaspian via the forum.