The Percival update arrives July 10, bringing several major new features to the world of Albion. In our latest Dev Talk, Robin Henkys, Game Director of Albion Online, discusses the new Solo Randomized Dungeons coming with this update. He covers what exactly these dungeons are, how they play, and how they fit into the bigger picture of Albion.

No time to watch the video? Read on for a written summary of his talk.

What are Solo Randomized Dungeons?

Simply put, Solo Randomized Dungeons are the soloable version of the group randomized dungeons we introduced with the Oberon update. You can find solo dungeon entrances of different tiers all over the open world, and you’ll be able to recognize them by their distinct portal-like entrances.

These solo dungeons exist for all for major mob factions of Albion Online and contain a highly varied set of challenges and rewards.

Maps to solo randomized dungeons can also be found as drops in the open world, which can guide you to particularly challenging and rewarding dungeons.

On average, solo randomized dungeons will be competitive with group dungeons in terms of rewards, though group versions will still be slightly better to reward the effort of putting a group together. 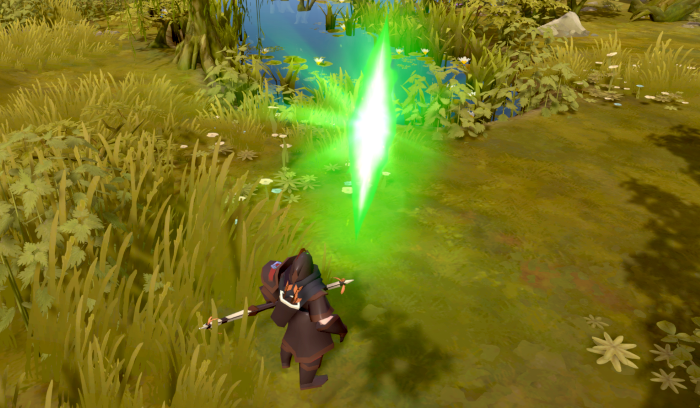 How do they play?

These new solo dungeons are mostly linear, and are somewhat shorter than their group counterparts. We’re aiming for a playtime of around 10 minutes for an average dungeon, but of course there will be some variance in both directions due to randomization.

Once you've located and entered a Solo Randomized Dungeon, you can expect to explore alternating corridor sections and highlight rooms. With this update, we’ve also expanded the overall variety of rooms you can discover in both solo and group dungeons.

In addition to these new rooms, we’re introducing a wide range of new mobs and mob types with these dungeons. These include stationary “trap”-type opponents whose area-of-effect spells interfere with the battlefield, “nest”-type opponents which will continue to harass you with spawning mobs unless destroyed, and all sorts of fun exploding opponents! As with the new rooms, these new opponents will appear in Group Randomized Dungeons as well.

Exclusive to the solo dungeons, however, will be the new small combat shrines. These relatively frequent shrines will, when activated, buff a single player with a random combat boost. These shrines provide an advantage to the user in PvE, and can make the first player to enter a dungeon into a real threat to any would-be attackers as well! 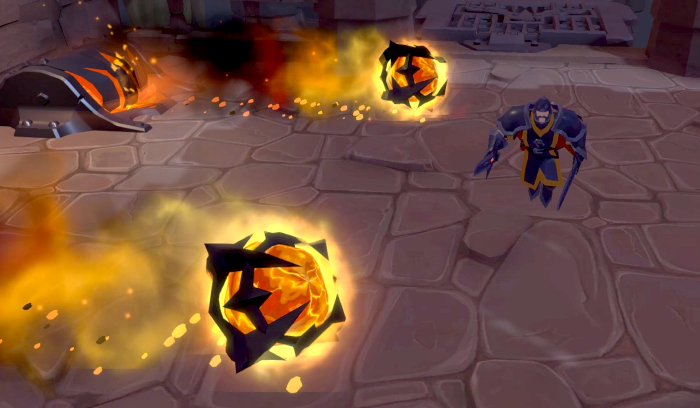 How do they fit into the big picture?

Solo Randomized Dungeons fill a long-empty gap by adding a varied and exciting solo PvE activity to the open world of Albion Online. Solo player, as well as group players who are waiting for their friends to come online, can now fill the time with highly rewarding PvE content.

In addition, these solo dungeons complete the second major PvE milestone on our roadmap. Of course we’ll continue to expand the system in the future, but now that solo dungeons are finished, we can turn our attention to the next big goal: the introduction of proper raid-level content to Albion’s open game world. You can expect to hear more about that in an upcoming update. 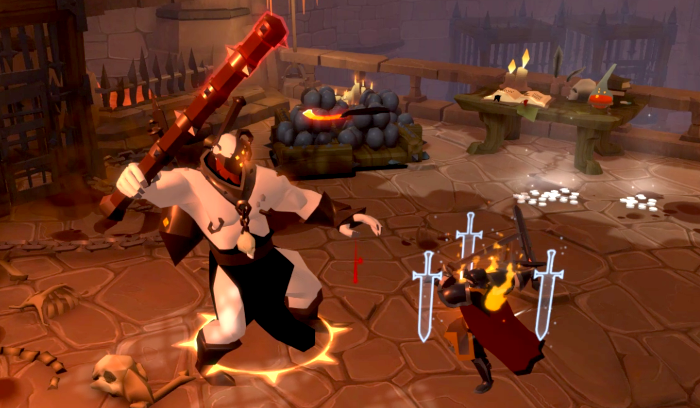 That's all for now – thank you for listening, and we hope you’re looking forward to exploring Solo Randomized Dungeons with the release of the Percival Update for Albion Online on July 10th!