Dev Talk: Season 7 and Beyond

Our Game Director discusses the changes coming with GvG Season 7 and what to expect beyond the Percival update.

Dev Talk: Season 7 and Beyond

In our latest Dev Talk, Robin Henkys, Game Director of Albion Online, discusses the changes coming with GvG Season 7 and gives a preview of the roadmap beyond Percival.

No time to watch the video? Read on for a written summary of his talk.

Season 7 Changes: The What and the Why

In this season, we’re introducing a number of changes and features which aim to achieve two primary goals:

To achieve the first goal of having more players contribute, we’re introducing Guild Challenges. Starting with Season 7, every player will be able to collect Challenge Points for their guild. When the guild hits certain challenge point goals, it will be rewarded with Season Points.

Challenge Points are generated for killing mobs and other open-world activities, just like in Adventurer's Challenges. This means you can now contribute to your guild’s season success, even as a non-PvP focused player. The guild challenge also comes with a ranking, so guild leaders and other guild members can see how many points everyone is contributing to the guild’s goals. 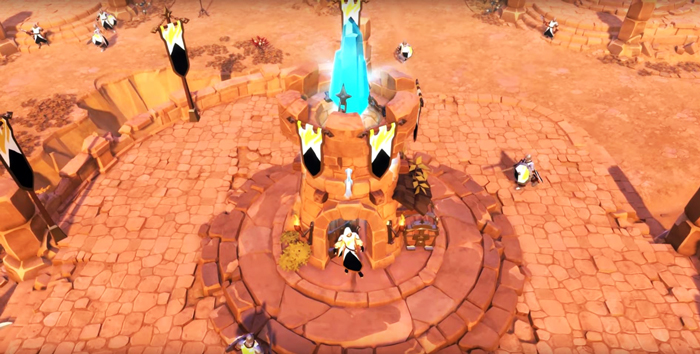 To achieve our second goal of limiting the ability of a few players to dominate the game, we’re introducing a number of different changes.

First off, we’re introducing Castle Outposts to the Outlands. These outposts are capturable in a similar way to castles, and will also be paying out a daily Season Point reward as well as loot chests on weekends.

These will be four times as common as castles, but only give a quarter of the rewards. They will pay out their rewards at the same time as castles, opening more opportunities for smaller guilds to claim an outpost for themselves, while larger guilds will tend to fight over the big castles.

In addition, we’ve rebalanced castle capture times to be much shorter. This makes it harder for an alliance to move their army from one castle to another in response to an attack, and forces them to split their forces if they want to contest multiple castles.

That covers the main changes coming with Season 7, though I encourage you to read the full forum post if you’re interested in all the details. 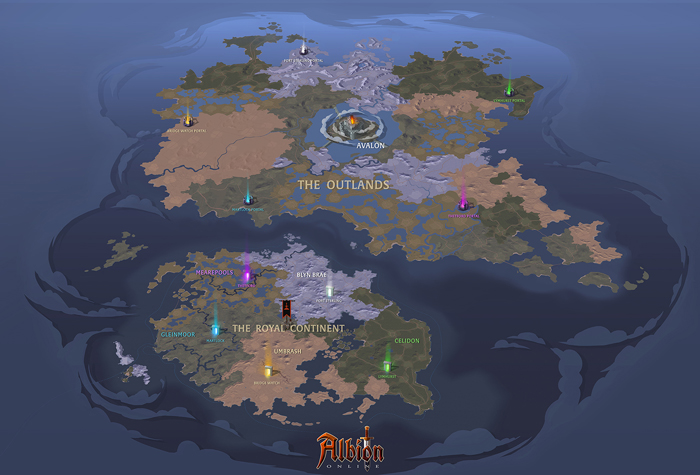 What's Next for Albion?

For the most part, we’re still following the roadmap we published with the release of Oberon. Essentially, we’re aiming at a completely reworked Outland experience, where guilds actually live in the Outlands in secret bases we’re calling “hideouts”.

The goal of this roadmap is to solve the issue of large alliances being able to dominate the map, and at the same time fulfill Albion’s dream of allowing as many guilds as possible to build up their own base in the Outlands.

We’re already deep in planning the new Outlands map, and our plans for the hideouts are also proceeding nicely, but it has become clear that we’ll need to make quite a large number of changes and improvements in order to make living in the Outlands an exciting and fun experience. Therefore, we’re currently planning to split the rollout of this change over the next two content updates as well as upcoming patches.

We’ll soon be ready to share more details of our plans and what changes you can expect to happen when. That's all for now - we wish you the best of luck for Season 7, and we'll see you ingame!