Robin Henkys, Game Director for Albion Online, answers all your most pressing questions about Randomized Dungeons.

In our last Dev Talk, Game Director Robin Henkys introduced Randomized Dungeons, discussed the types of gameplay they offer, and laid out what you can expect from them. In this followup video, he answers your questions regarding the feature and provides a bit more background about the design decisions behind it.

No time to watch the video? Read on for a written summary. (Note: due to edits, some of the answers below may be more detailed than the answers given in the video.)

What are the PvP rules inside of Randomized Dungeons?

The dungeon inherits the PvP rules from the zone from which it was entered – so if you’re playing in a safe zone, you’ll have safe zone rules, red zone rules in a red zone, and so on.

How many entrances will a dungeon have?

The type of dungeons spawning with Oberon will only have a single entrance, as we want to provide a focused PvE experience.. That said, you can meet another group if they follow you into the dungeon or vice versa.

Are these dungeons large enough for bigger fights?

These dungeons are designed for a fun PvE experience and don't really have spaces for PvP. They can host PvP on a reasonable scale (about 5v5), but there should not be many large fights happening.

Are you able to teleport out of the dungeon?

Yes – we want Randomized Dungeons to feel like any other open-world dungeon experience, and for players to be able to play through them without backing out, so teleporting is available.

How long to complete a Randomized Dungeon?

It depends on the dungeon – on average, it will probably take 15 to 40 minutes depending on the depth. The idea is to be able to play a dungeon relatively quickly, then go back to the surface and find another.

With Oberon we’ve changed the Black Market loot rules so mobs drop loot up to two tiers above their own. This applies in Randomized Dungeons as well, based on the tier of the dungeon itself.

Do the dungeons become more difficult as you get deeper?

The average mobs in a dungeon don't become more difficult (based on playtests, this was an overall frustrating experience), but the density of "highlights" (i.e. high-value objectives) becomes higher the deeper you go.

What buffs to shrines provide?

For Randomized Dungeons we chose to focus on booster shrines for Fame and Silver. These are intended to challenge players to maximize their impact by killing as many mobs as possible while the effects last. We may be open to providing combat or other buffs in the future.

How do Randomized Dungeon Maps work?

Dungeon Maps have been added to the loot tables for the open world and are dropped by nearly all mobs. They are relatively rare, so a group of five players in the open world will find, on average, one map per hour. Maps can of course be bought, sold, and traded, giving the option of collecting maps and chaining them together with appropriate gear.

Can you find a higher-tier dungeon without a map?

Maps don't give you a higher-tier dungeon, just the possibility for an enchanted dungeon. So with a T6 map, for example, you can only find a T6 dungeon in a T6 zone.

We do have plans to add a limited number of higher-tier dungeons, but these will likely be designed as PvP hotspots and announced as such.

What are the advantages of Randomized Dungeons over Hardcore Expeditions?

Randomized Dungeons have the advantage of always being available. In addition, they will have the full benefit of their zone's challenge multipliers for Fame, Silver, and loot. Particularly in terms of loot, Randomized Dungeons will be significantly more lucrative than Hardcore Expeditions, and very close to the current fixed dungeons.

Can other groups join a map dungeon I’ve opened?

A map essentially causes a dungeon to spawn for you, if used near an appropriate-tiered zone. As you close in on this location, the dungeon spawns. This means you’re almost guaranteed to be the first to the dungeon, but potentially not the last. 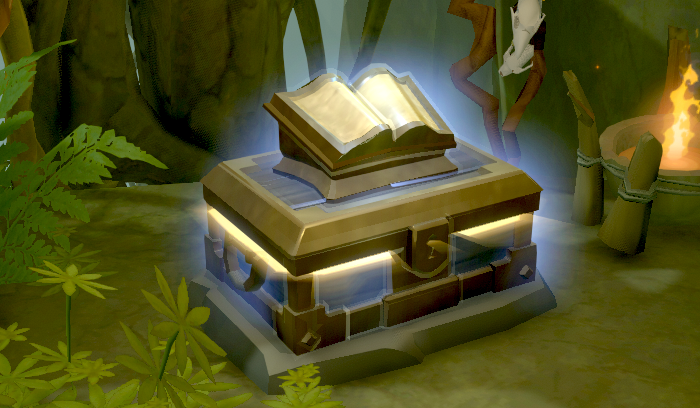 We had a lot of questions about PvP, both from those concerned it would interfere with their PvE experience, and from those interested in new PvP options.

In their current form, Randomized Dungeons are not intended to host large amounts of PvP fights, but are instead there to provide what we call “baseline” PvE, meaning something you can do anytime you log into Albion Online. They should be relatively safe, but should always carry the risk of a random encounter as well.

How do Randomized Dungeons fit into our long-term plans for Albion Online? We currently envision them as part of the first of three layers of activities in the game:

That's all for now - we look forward to hearing about your experiences with Randomized Dungeons once Oberon goes live on March 20!