Dominik Müller discusses the what, how, and why of the upcoming Crystal League feature.

The Queen update arrives on January 20, bringing a massive redesign of the Outlands and numerous new features like the Crystal League. In our newest Dev Talk, Game and Level Designer Dominik Müller discusses what the Crystal League is, how it works, and the role it plays in Albion Online.

No time to watch, or prefer a written version? Then read on...

5v5 fights have always been an important part of Albion Online. Thus far, though, they were only available in very limited scenarios: the Arena, Hellgates, and most famously, GvGs and Crystal Realm Battles. While the Arena is very casual, Hellgates and GvGs are very competitive, and thus difficult for newer players to participate in.

With Queen, we wanted to open up the 5v5 scene to as many players as possible while still raising its impact and skill ceiling. We wanted 5-person teams to face off at different levels throughout the season, and end with a bang: high-stakes fights with the finest 5v5 players in the game.

This is how the Crystal League came to be. It allows players to compete in daily casual 5v5 matches to qualify for participation in much more exclusive high-risk, high-reward battles. Participating in a Crystal League fight requires a Crystal League Token. With one level 1 token per player, you and four teammates can join a level 1 match. This token can be bought from the Energy Manipulator (who now appears in all Royal Cities) or from other players at the Marketplace.

With these tokens, players can then sign up either through the NPC or at a guild-owned territory tower with the guild's permission. Winning a level 1 match gives a level 2 token, which will allow you to fight in a level 2 match, and so on. In total, there are eight token levels and nine fight levels, so you have to be unbeaten in eight matches to get to the final round.

This ensures that lower-level matches aren't excessively expensive, giving beginners a chance to participate at a reasonable cost.

Rewards are a combination of Silver, Fame Tomes, and Season Points. High-level winners can earn up to 30M Silver, 1M Fame, and 10,000 Season Points, plus a chance for a Tower Chariot, Colossus Beetle, or Battle Eagle!

Winning a match entered via a territory will level up the territory's tower if the match was of equal or higher level than the tower. Higher tower levels buff a cluster's territory guards, resource enchantment rate, and Siphoning Mage efficiency.

There were several things we wanted to accomplish with time slots. We wanted to give as many players as possible the option to play daily. We wanted there to be the option for multiple matches per day at various levels. And we wanted to end the season with extremely high-value fights between the best players.

(Note that "season" refers to Guild Seasons - while Crystal League fights are available outside of Guild Seasons, they only offer Season Points while a Guild Season is active.) 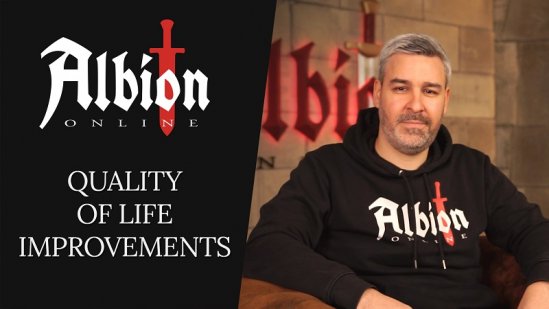 Refer One Friend and Claim the Festive Reindeer Skin

A new Referral Season has begun - get the Festive Reindeer skin with a single referral!