The Rise of Avalon update arrives in August, bringing major new gameplay features to the world of Albion. One such feature is Corrupted Dungeons, a new type of single-player dungeon that will bring new dimensions to solo play in Albion Online. In this Dev Talk, Game Director Robin Henkys discusses what these dungeons are and how they work.

The all-new Corrupted Dungeons arriving with the next update are a response to those players who have been asking for more solo PvE and PvP content for Albion Online. But what are they exactly, and how do they work?

When entering a Corrupted Dungeon, you can choose your difficulty level: After choosing your difficulty level and entering the dungeon, you’ll find yourself in a place infested with demons and corrupted creatures. To complete the dungeon, you'll have to cleanse these creatures. Each creature slain will award Infamy points. Different enemies will yield different amounts of infamy based on their difficulty.

When you’ve collected enough Infamy points, the final boss in the dungeon appears. By defeating it, you can lay claim to the loot rewards of the dungeon. In addition, the Infamy gained will remain with you, showing your place in the Infamy rankings as well as permanently boosting your rewards in Corrupted Dungeons.

Finally, at the end of a dungeon run, a portal to another Corrupted Dungeon appears and allows you to start another dungeon right away - or you can leave and take your loot back to the city. How Does PvP Work?

In every corrupted dungeon is a demonic shrine which players can use to sign themselves up to invade other players. Once a player has signed up, the game will regularly check for a potential invasion target. If such a target is found, the invading player will be pulled from their dungeon into another player’s dungeon.

If they succeed in destroying enough of these shards, the Invader is banished and the defender can continue playing their own dungeon.

If either player kills the other, the victim loses some of their infamy, and the killer gains some of it. This allows players to gain very high infamy numbers and rise in the ranks for their own  prominence - and for significant boosts to future dungeon rewards. To add tactics and depth to these encounters, there are a number of special features players can use to try to outsmart their opponents:

As you can see, there's a lot to this feature, and we hope you’re looking forward to exploring and fighting in the Corrupted Dungeons when the Rise of Avalon update launches.

That's all for today - you can also look forward to our next Dev Talk, in which we’ll go in-depth with the Roads of Avalon and their impact on the world of Albion Online. 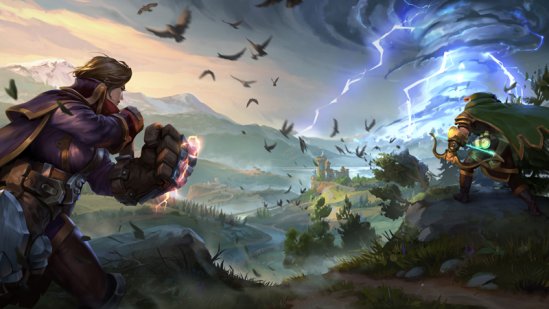 Albion Online's newest content update is here, bringing a massive rework of the open world, a ... 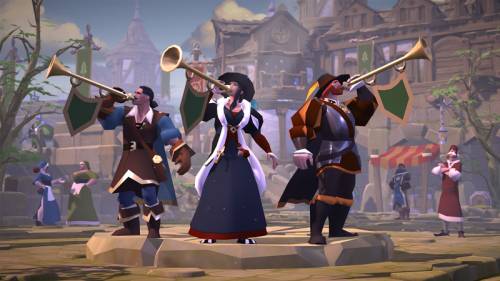