Our Game Director discusses the new customization options and mount skins coming with the Percival update.

No time to watch the video? Read on for a written summary. 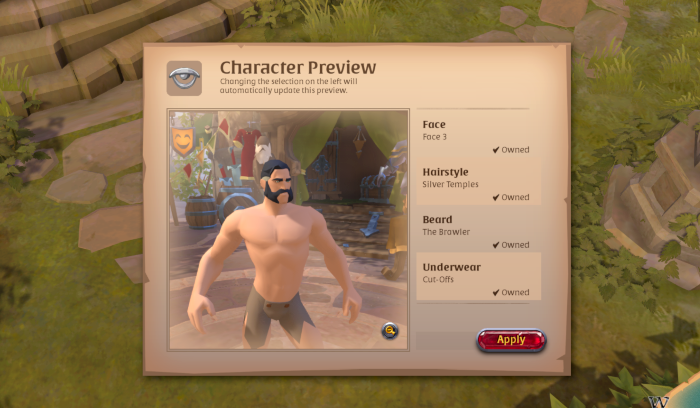 The ability to update a character's appearance after its initial creation has long been a requested feature, and now, with the Percival update, you’ll be able to change your character's basic appearance at any time.

To make things more interesting, we’ve also added a number of free new customization options for you to explore. These include a new collection of faces to choose from, as well as a large variety of new hairstyles, beard styles, and underwear choices.

For those of you who still want more options, we’ve added a set of particularly outlandish customization options you can purchase with Gold, which will unlock the customization choice for all characters on your account permanently.

We’re really looking forward to seeing more variety in characters in the game, and want to expand both the free and purchasable options in the future. 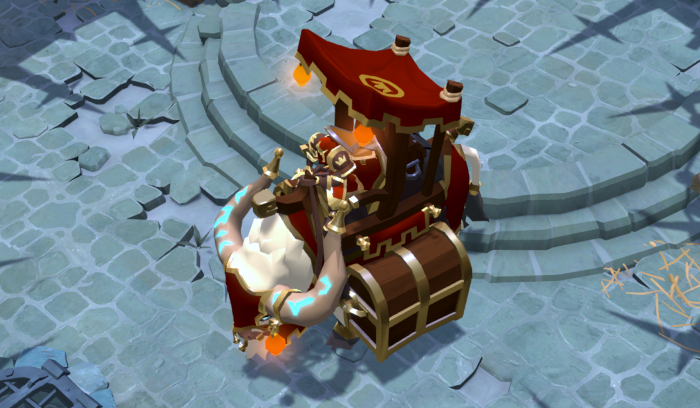 Mount skins were also a frequently requested feature. Many players were unhappy that their rare and collectible mounts were restricted to a lifetime of sitting in storage without seeing any open-world use.

In order to make mount skins a reality, we had to weigh our options carefully, since the “You are what you wear” system in Albion means the ability to recognize your opponents' gear is a critical part of gameplay. The system we've come up with is a compromise, but we believe it's a good solution overall, which finds a balance between offering customization choices and maintaining the integrity of Albion’s item system.

Firstly, we’ve sorted mounts into skin categories. This means, for example, that your horse cannot look like a Direwolf. All mount skin options for a particular mount category will still be recognizable as their respective category. Simply put: horses will still look like horses, though we will have some particularly cool-looking horses now.

To make absolutely sure this system has no negative impact on PvP, players will also have the option to choose the situations in which skins will be displayed. While all players' mount skins will always be active in “safe” areas like cities and islands, you'll have the option to disable them in PvP-enabled areas. And of course, your choice of mount skin is entirely cosmetic and has no impact on gameplay whatsoever. 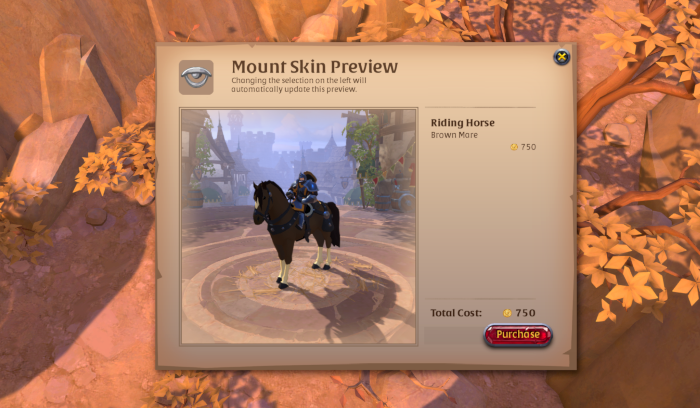 So how do you get a mount skin? Currently, there are two ways: you can either use a consumable skin unlock item to unlock a skin, or you can use Gold to buy one of the new purchasable skins. Either way, the skin is unlocked for all characters on your account.

Initially, consumable unlock items will mostly come from the conversion of existing mount items. We carefully went through all existing mounts in the game to decide which ones would be converted into skins, based on the following rules:

When it comes to buyable skin options, we’ve added a number of extra-special choices for horses and oxen which players can choose to unlock using Gold, for those who wish to set themselves apart from the crowd.

In the future, we plan to expand this system by making new mount skins available as drops or rewards, as well as expanding the purchasable range of skins.

That's all for today's Dev Talk. We hope you’re as excited as we are about the new customization options coming to Albion Online, and we can’t wait to see the new characters and mounts in action.

Stay tuned for another Dev Talk following the release of this update, in which we’ll cover the changes coming for GvG Season 7 as well as the outlook beyond Percival!