Catch up on Qualifiers

Which 16 teams made it to the Double Eliminations phase? Check out the stats from the Arena Masters so far and what you can look forward to next week!

Catch up on Qualifiers

We have already witnessed some formidable matches during the Qualifiers, and we expect this to continue in upcoming Double Elimination phase! 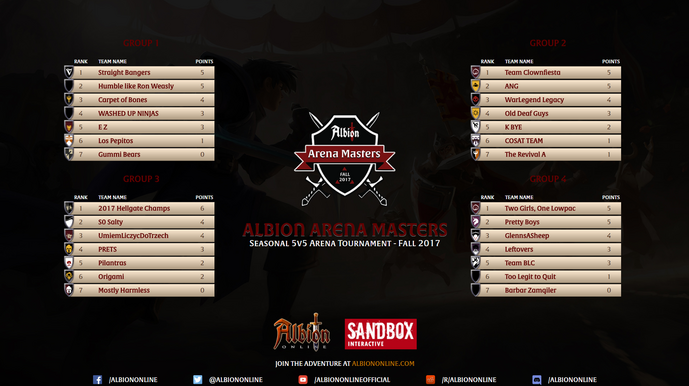 Before our teams go head to head again in the final stages of the Albion Arena Masters, we would like to present to you some insights from the tournament so far.

Honorable mentions and stats so far

What you can look forward to 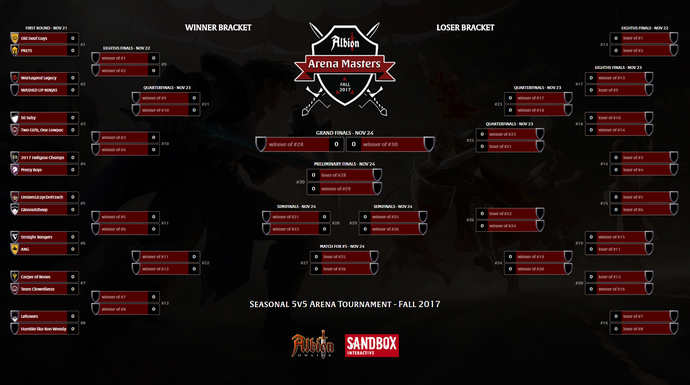 You can also find more detailed information on the the participating teams, their guilds and match overviews here. Watch it on AlbionTV. 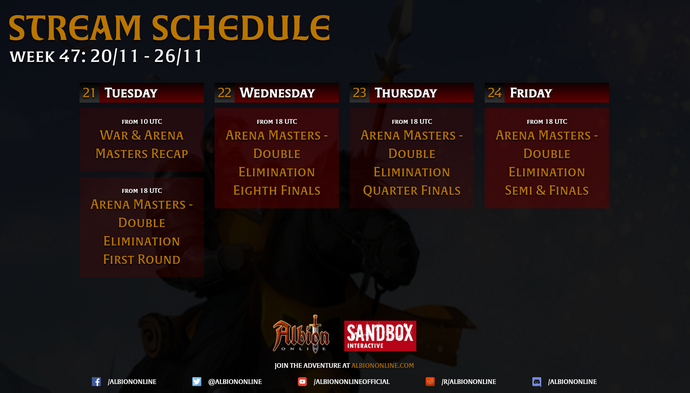