Playing with fire is always dangerous, so be careful not to burn yourself while setting your enemies ablaze with this menacing staff. 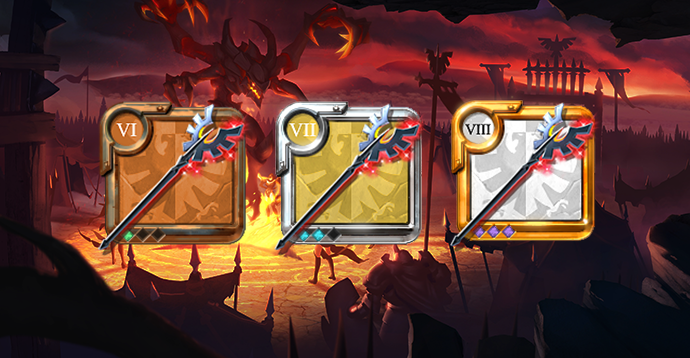 It’s a very simple decision: if you want to burn your enemies to death, there’s no better weapon than the Blazing Staff. Whether in small or large-scale combat, this staff excels at tearing enemies to shreds.

For small-scale combat, the best first-slot choice is Fire Bolt, an ability that deals damage upon casting and also ignites the enemy to deal damage over time. That DoT can stack up to five times, and since Fire Bolt is on a zero-second cooldown, you’ll be able to out-damage anyone. If you do find yourself in much more massive battles, the other choice, Fire Bomb, also does a large amount of damage, but instead of applying a DoT it deals damage to enemies around your target.

There are a lot of great choices in the second row of abilities. If you’re not in a huge battle surrounded by friends, Wall of Flames is an excellent choice. It’s an amazing utility choice that places a flaming wall in front of the caster. It deals a fair bit of damage, but the highlight of the ability is that it causes enemies who come in contact with it to flee. This makes it one of the greatest utility skills in Albion, either for self-peel or to help your team. If you do find yourself in those larger fights, Fire Ball is a long-range ability that shoots a ball wherever you choose. It explodes on impact, dealing a large amount of damage to anyone in a five-meter radius and setting them on fire for even more damage.

Flame Tornado is a crazy ability: it creates a flaming tornado that lasts for five seconds, and any enemy standing in that tornado takes massive amounts of damage. Even if they manage to escape the tornado, they’ll still be on fire and burn for a little extra damage.

The passive ability Aggressive Caster synergizes very well with the Blazing Staff, as every four spells you cast will increase your cast speed by 40% for three seconds. If you can stand still and turret-fire Fire Bolts, you’ll be able to chain these passives together and gain a large uptime with the buff. Then, while you have this cast speed buff active, you can surprise your enemies with a quick cast of Flame Tornado. 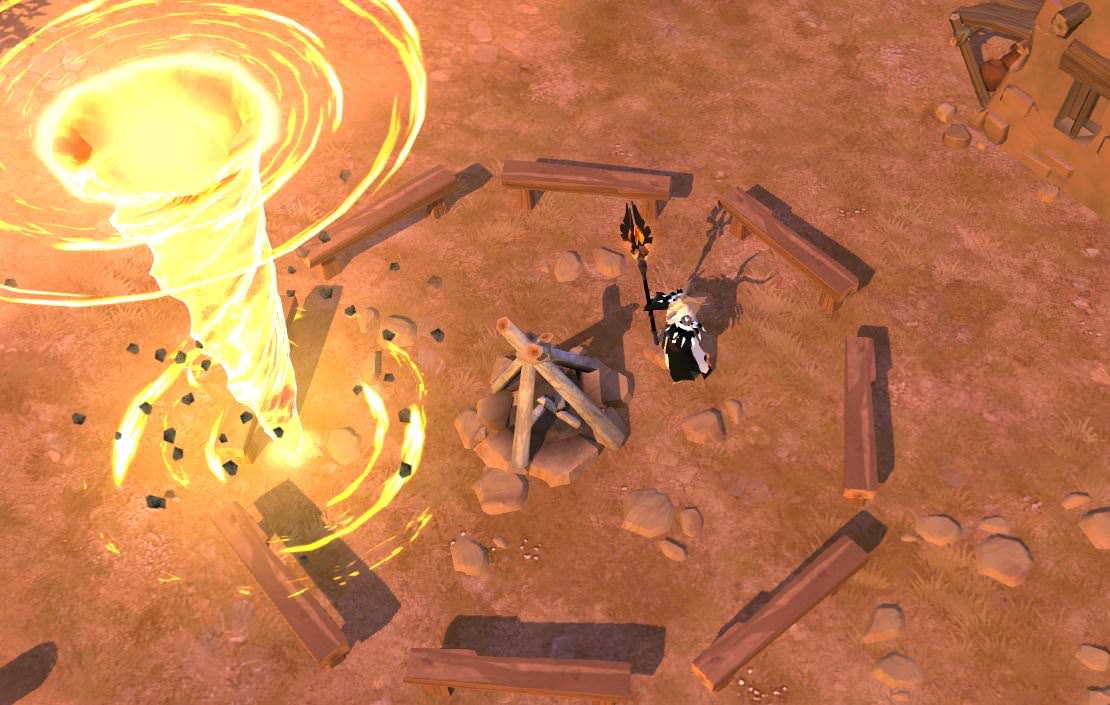 Your role as a Blazing Staff is quite simple: turret-cast Fire Bolt until you can cast a beautiful Flame Tornado. Thankfully there’s some gear that seems almost specifically designed to maximize this playstyle.

The Druid Cowl ability Circle of Inspiration drops a pool of energy under your feet. Anyone standing in the pool will regenerate energy at a fast pace. This alleviates the fear of running out of energy while you cast your abilities and acts as a utility skill to help your team. If you don’t need to help your team, the Royal Cowl ability Perpetual Energy causes your abilities to cost zero energy for ten seconds. This works a lot better than the Druid Cowl but doesn’t help your team at all.

Next is the Druid Robe and its ability Obsessive Burst. When used, it applies a buff that increases your damage by 8% for ten seconds, but every time you cast an ability you gain another stack, up to eight times. This means that in total you’ll receive a 64% damage increase; if stacked before using your Flame Tornado, no one will survive.

Since you have no defensives with this build the best choice for getting out of a bad situation is the Royal Shoes ability Evasive Jump, which rolls you to a location twelve meters away and makes you invulnerable to damage and CC during the jump.

You’re a turret. In small-scale fights try to stay behind your beefier teammates and cast Fire Bolt at the enemy frontline. Remember to use Obsessive Burst and stack the buff before casting Flame Tornado for an insane damage increase. When you do use Flame Tornado, be sure to try and combo it with other abilities from your friends, such as stuns or silences.

Budgeting your energy will be hard at first, but using your cowl correctly solves this issue. If you’re standing still and casting, use Circle of Inspiration. Try to use it on cooldown if you’re in a safe enough spot to soak it all up; you could get pushed out of it by an enemy. If you’re using Perpetual Energy, try to use it before casting the more taxing abilities like Flame Tornado and Wall of Flames.

Using Wall of Flames correctly is essential to mastering the art of being a turret. When an enemy tries to run or jump to you, setting the wall down allows you time to decide whether applying pressure by damaging the enemy or running away is the smarter choice. They can always roll or walk around this wall, so try and position it in tight areas!

That's all for this Build Spotlight; if you'd like to see the Blazing Staff in action, you can check out these videos by members of the community. You can also visit the previous Build Spotlight here, and be sure to come back for more!

Click here to see this build in the Albion Online Character Builder.