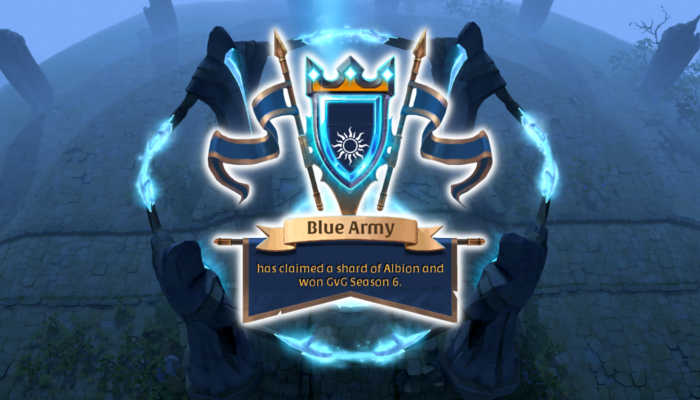 Preparation, commitment, hard work, and good friends. That's how Blue Army has done it every season for the last 10 months... It was never just on one person, it was a team effort.  Whether it was KingMojo, Night and Sucks leading out front or Pareille and Yuki behind the scenes, nobody was ever left to do it on their own.

Pareille also praises the guild leadership, but has particular appreciation for Yuki: "Yuki was doing the background work when I couldn't, and that's a huge part that people can't see: helping members, gearing people, making sure to have all the stuff ready to regear everyone. Gearing a hundred people after a wipe is a lot of work!"

Season 6 Rewards are Here - and Season 7 is Coming

Meanwhile, the Battle Eagles awarded to this season's ranking teams have begun filling the streets of Caerleon, and construction has begun on Blue Army's third victory statue. Pay a visit to Conquerors' Hall at the Caerleon Realmgate to check out current and past champions! 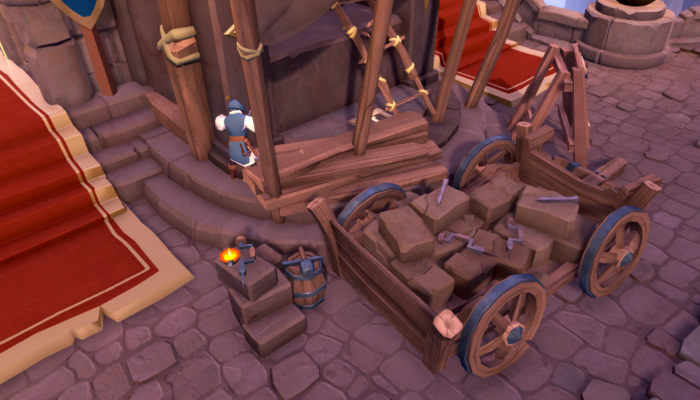 GvG Season 7 starts on Saturday, August 3, bringing big changes to guild warfare in Albion. For a rundown of everything coming with the new season, click here.