Beyond the Veil Patch 3 has arrived! This patch continues to improve the Roads of Avalon, as well as introducing Streamer Mode, various Combat Balance changes, and more. Read on for details…

Following player feedback after the Beyond the Veil update, the Roads of Avalon have undergone some significant changes to improve their playability for all group sizes, including solo players. Avalonian Camps have been rebalanced for different group sizes, and are once again marked by a chest icon on the map. Furthermore, mobs surrounding chests in the Roads will upgrade in line with the chests, and with each upgrade all dead mobs around the chest will respawn. These changes should make the Roads more appealing to a wider range of players, and in turn ensure they’re a lively, well-populated part of Albion. And alongside these improvements, the Roads have received a long-awaited visual overhaul, making them more aesthetically in-tune with the rest of Albion while highlighting their unique character.

To improve the experience of those who stream Albion, as well as their viewers, a new Streamer Mode has been introduced. This can be toggled on and off in the Settings menu, and when activated hides certain UI features that can identify the streamer’s location to viewers. This will help streamers avoid stream-snipers while broadcasting, as well as hide login details when disconnected.

For a complete list of changes, see the official patch notes. 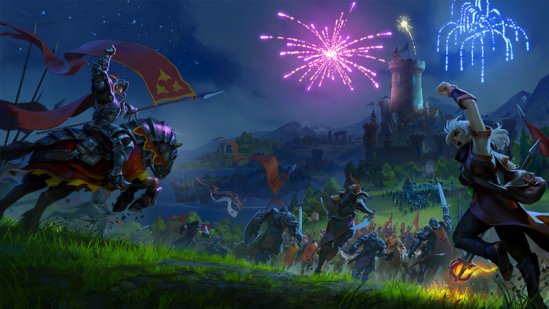 Join us for a look back at another momentous year in the world of Albion.