Our UI Designer, Lino, gives an update on the changes planned for the Guild interface in our next major update, Lancelot.

Guild UI improvements have been a long time coming, and we're looking forward to implementing some of them with our next update. Lino, our UI Designer, discusses these changes in detail:

Here's a quick rundown of his talking points:

The current system offers limited flexibility when it comes to guild roles. Under the new system, a guild manager creates a new role, then chooses a name (e.g. "Crafter"

and icon for it. The guild manager then assigns certain global rights to that role, such as the freedom to invite players to the guild or assign new roles to current guild members.

These roles are then assigned to as many guild members as desired, and any guild member can have any number of roles: for example, numerous guild members could be "Crafters", while some of these Crafters are also "Officers". The end result is that guild managers can seamlessly translate their guilds' hierarchies into the game.

Container logging, which will be available for all publicly-accessible guild containers, is a system that tracks which items are added or removed by which player at which time. These stats can also be exported in a way similar to the current guild activity screen. This allows all guild members to see all other members' contributions, and allows guild leaders to track the progress of gathering, crafting, and battle preparation.

Guild vaults are large, publicly-shared containers with customizable access rights assigned by guild managers. They will be placed in the same regions as the current player banks (i.e. guild islands and territories), allowing for a simplified and streamlined guild-wide inventory system.

Guild managers also have the option of spending Silver on additional tabs for these vaults, each of which has its own independent access rights and container logging.

The goal of these changes is to implement an intuitive, customizable system that makes sharing and assigning resources much more efficient, allowing every member of a guild to spend less time managing and more time playing.

Thanks for watching – stay tuned for more info on the upcoming Lancelot update in the coming weeks. 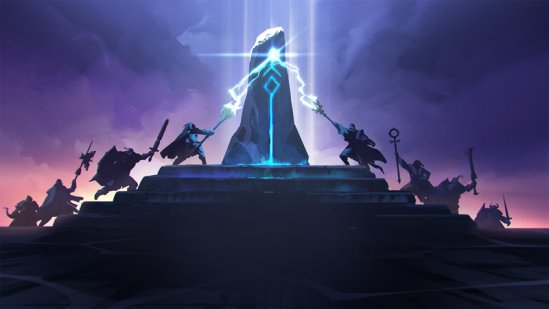