In the past weeks and months, we have have already told you of the work on our first tie-in novel called "Landfall“.  The writing process on the novel itself and our lore section finally came to fruition. Accomplished UK author Peter Newman worked tirelessly on the story and its details.

Now, today, is the day we all have been waiting for. The novel has officially been published and can be acquired as paperback or ebook through Amazon. The story follows the experience of several characters as they arrive on the shores of Albion, an experience that is very much alike to those of new players in our game. Where do you start? What do you want to do? Which goals do you want to achieve? Who are your friends and who your foes? The story is filled to the brim with references to actual players, guilds and events from the game – another layer of how stories in Albion are told.

"Landfall" is now available in English as paperback and ebook for $10.99 and $6.99 respectively. You can find the link to the Amazon store closest to your location in our very own shop:

Get "Landfall" Now!   For Kindle

To give you a glimpse at the text itself, here is the back cover:

“Albion. Land of mists and mysteries, where mankind resembled gods. But these gods were flawed and they turned their powers on each other, making rivers of blood and birthing horrors we were not meant to know, until giants battled demons over the fate of the world. And then, as the fighting reached its peak, a great power reached out and Albion simply vanished.
For over a thousand years it has been hidden from the eyes of men. When the impenetrable mists hiding Albion began to lift, the King of the Old World sent a rag tag group to explore and settle there. Initially, reports of wonders and wealth came back, then, without warning, all went quiet.
Now a new convoy is being sent, seven ships sailing for the mysterious land of Albion. Their crews and captains have many reasons to risk the journey, a mix of opportunists, adventurers, and those keen to leave behind their old lives. But the sins of the past are not so easily left behind and the lure of power and magic weaves its spell long before arrival. Before the ships have even made landfall, old rivalries simmer and, without warning, one ship turns its weapons upon another…” 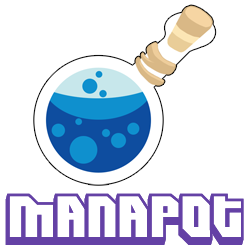 I'm looking forward to giving a good read for my review!